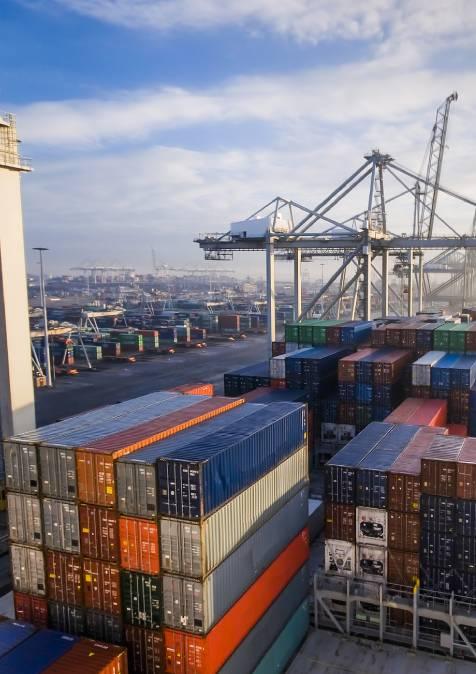 This article was initially published on project-syndicate.org

Supply shortages during the COVID-19 pandemic have set off a rush to reshore or nearshore production in the name of national security and resilience. But policymakers tasked with shaping new industrial policies should have no illusions that there are shortcuts to economic development.

WASHINGTON, DC – Pandemic-induced supply shortages have heightened national security concerns in advanced economies. Worried about overdependence on Chinese manufacturing, the United States, the European Union, and Japan have each proposed initiatives to relocate production. And they are not alone. The geopoliticization of the trade-industry-security nexus is gaining momentum in the developing world as well. From the Western Balkans to Latin America, governments see a major post-COVID economic opportunity in reshoring and nearshoring production.

But such ambitions may prove too optimistic. Despite the declining prevalence of just-in-time manufacturing, Chinese exports appear to have strengthened two years into the pandemic, owing to relative supply-side resilience and a shift (perhaps temporary) in global demand from services to goods. Moreover, early indications suggest that much of Latin America, for example, has yet to outcompete China or other Asian exporters in the US market, despite the region’s potential as a site for nearshoring during COVID-19 and the reduction or even reversal of China’s labor cost advantages over Mexico and Brazil.

For starters, governments hoping to reshore and nearshore production must get back to economic basics. Without sustained improvement in domestic fundamentals – including macroeconomic stability, regulatory and legal certainty and simplicity, physical infrastructure, education and skills, productivity and innovation, and export promotion and facilitation – investors’ interest will be modest and short-lived. Effective public institutions and policies are vital to safeguarding these fundamentals.

Second, governments must be realistic and precise in picking “winners,” relying on careful assessments of existing or latent comparative advantages. Recklessly supporting unviable companies risks distorting domestic and international competition and crowding out private-sector investors. It also carries a significant opportunity cost, given today’s budget constraints, particularly in many low- and middle-income countries (LMICs). An outsize focus on import-substitution industrialization, as in Latin America in the third quarter of the twentieth century, is more likely to result in inefficient resource allocation than long-term success.

Third, regional integration remains a powerful tool for galvanizing trade and broader economic competitiveness, openness, and standard setting. Consider the ASEAN-led Regional Comprehensive Economic Partnership, which entered into force this year. Not only is the RCEP now the world’s largest trade bloc, encompassing nearly one-third of global GDP; it also represents an important milestone toward harmonizing the “spaghetti bowl” of free-trade agreements in Asia.

Similarly, by reducing tariff and nontariff barriers and allowing for other complementary policy reforms, the year-old African Continental Free Trade Area (AfCFTA) could lift 30 million Africans out of extreme poverty by 2035. Globally, demand for closer economic integration and coordination beyond trade – through “deep trade agreements” that harmonize investment protection, labor and environmental standards, and property rights, and through initiatives like the G7’s global minimum corporate income tax – will continue to rise.

Fourth, in addition to drawing on valuable lessons from the “old” industrial-policy playbook, governments should pay close attention to new opportunities and challenges. For example, while digitization of cross-border trade (specifically in software and business processes) is lowering entry barriers and reducing the costs of scaling for entire export sectors, increased environmental awareness and new compliance standards (such as the EU’s carbon border adjustment mechanism) will push manufacturers to become green-competitive.

Finally, and relatedly, forward-looking policymaking will require answering some tough questions beyond politics and geopolitics. In the short and medium term, is reshoring or nearshoring really the big opportunity that some experts claim, or should governments focus on other priorities? In the longer term, what type of industrialization and trade policy will be most beneficial and future-proof?

For advanced economies, a major challenge lies in overcoming what Adam Posen calls the “nostalgia or fetishization of manufacturing jobs.” Traditional manufacturing jobs are politically important, yet their share of overall employment in high-income countries is unlikely to grow. Reskilling and upskilling therefore are needed to smooth out the eventual labor-market adjustments. Highly sensitive sectors such as semiconductors and pharmaceuticals may be among the few that could meaningfully benefit from reshoring – a process that involves many case-by-case trade-offs between cost and resilience.

As for LMICs, labor-cost advantages, enhanced infrastructure, and the shortening of global value chains should generate opportunities over time, especially as China shifts toward more sophisticated, higher value-added production. Yet the extent to which LMICs can transform these opportunities into real investment and export gains will depend on getting the fundamentals right. There may be considerable variation across countries, regions, and stages of development. Robotics and automation also could pose a challenge by moving some production processes back to developed countries.

Another key question for LMICs is whether the manufacturing-based, labor-intensive, export-led growth model that worked for the Asian Tigers will remain sufficiently effective for others 20 or more years from now. In this heated debate, skeptics argue that as the contributions to global growth from trade stall or diminish, export-based growth policies may need to be reconsidered.

But even the skeptics would agree with three underlying assessments: a wholesale changeover is unlikely to occur overnight; industrial upgrading and productivity growth – in goods or services – will remain essential; and even for manufacturers exclusively serving a domestic market (or that are unlikely to become exporters), productive linkages with downstream suppliers or upstream partners will not completely disappear.

Looking ahead, these considerations, not the geopoliticization of supply chains, should shape governments’ interests and priorities in industrial policy. In a contradictory context of worsening fiscal positions and rising subsidies around the world, clear-eyed policymaking and precisely targeted, performance-based support is needed more than ever, especially in bootstrapping LMICs.

Hopes of reshoring and nearshoring – and a wider revitalization of national industries or exports – are more attainable in countries committed to the fundamentals, and less so in those using supply-chain overhauls as a political talking point. There are no shortcuts to economic development.