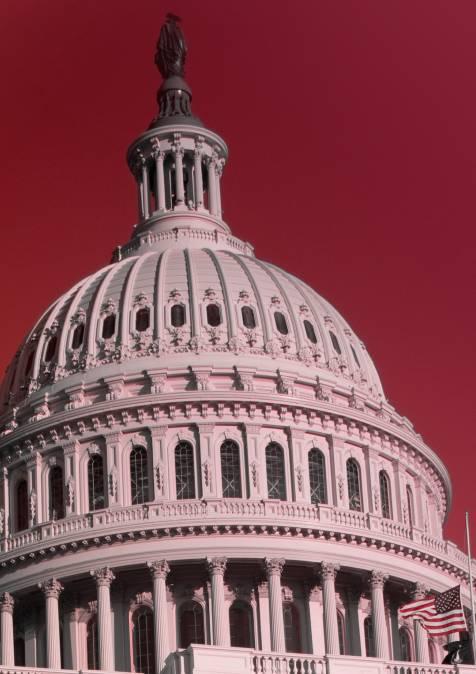 “Be there “, tweeted the President of the United States, “will be wild”. January, 6, 2021, was     supposed to be a historic day. The members of Congress would certify the electoral vote- declaring Joe Biden, the Democrat as 46th   President. Instead a band playing “God bless America” or “Hail to the Chief”, gunfire was heard and insurgents forcing their way into Congress on Capitol Hill, chanting “ Hang Mike Pence”, the Vice President, who was hiding in an underground garage, protected by Secret Service agents. For the mob, storming through the holy chambers of Congress, Pence had turned into a traitor, because he participated in the final certification of the Presidential vote, not trying to sabotage democracy, as Trump had demanded. Be a man, join the conspiracy. Ignore the vote, the constitution. Preserve our power, our privileges. Months and months later, on March 18, 2022, Trump in an interview with author Jonathan Karl, was still fuming about Pence’s refusal to act illegally, instead showing sympathy for the potential assassins:” The people were very angry. How can you pass a fraudulent vote to congress? How can you do it?” Trump had asked his supporters “to fight like hell” (“Guardian”, August 30, 2022) although he shied away from his promise to join the militants on Capitol Hill. Not even one attempt was made by Donald Trump to reach his threatened  Vice President. For hours Trump watched the riots  on TV, without reacting or calling for calm .As long as there was chaos, there was a chance that the certification would be called off, more time for manipulations gained.   The insurgents, as  they would be called later by judges and troubled  politicians,  were Trump’s  last chance to stop the inauguration, insisting to this day, that Joe Biden is an illegitimate President, and the Republican’s  defeat was “a big lie”, yes, the election was stolen by mysterious  powers yet to be identified-the train “was heading at full speed  towards a coup d ‘etat.”(El Pais, English edition, July 27, 2022) At the end, hours and nine dead people later, Trump made a TV appearance, asking his supporters, white supremacists, militia members, fanatics of all color and professions, former policemen, soldiers, homeless, and ,yes, some politicians, to go home, forever after claiming victory of the Presidential elections despite  Biden’s clear win, an advance of more than seven million votes. On June 22,2022, during a congressional hearing about the January 6 drama, Cassidy Hutchinson, a young White House aide, testified that Trump was so upset that  then Attorney General  William Barr dismissed his  claims of widespread election fraud on TV, that he threw a porcelain plate with his ketchup covered  lunch against an office wall  ( The Hill, June, 28, 2022)in the White House.

Fear of political violence has grown

More than 850 rioters   were identified to date on cell phones, videos, TV documents or by law enforcement officers, many pleaded guilty, and hundreds have been convicted, one attacker, a former New York City policeman, some weeks ago to ten years in jail. Since that historic, disturbing January day, writes the “Guardian», «fears of political violence have grown.” Most experts believe a full scale armed conflict, like the American Civil War of 1861-1865, “remains unlikely”, but “many fear an increase of jagged political division and explicitly political violence”, particularly as Republican politicians, who support Trump’s lie about electoral fraud, run on the Congressional elections, November 8, for  governor’s office  and key state elections posts. Democrat  Jamie Raskin, one of the leading  members of the congressional group trying to document the fatal  January 6, does not expect   “a fully militarized conflict” between America’s political enemies ,” but I do believe”,  Raskin told El Pais,“ that if we  don’t account for the insurrectionism that was organized that day, we will witness greater  racial, ethnic  ,political and ideological violence between certain communities, especially at certain times, such as during elections or at public events .In other words , we  are in danger of becoming much  more like Northern Ireland.”  ” More than 40 percent of Americans think civil war is likely within a decade, noted the “Guardian”, and two thirds of republicans continue to believe that Biden’s victory was fraudulent. ”With extremist movements and rhetoric on the rise”, writes  Christina Pozzonese in “The Harvard Gazette” ( January 11, 2022), “ a growing number of people ,including some historians  and many opinion writers ,believe the US is on the brink of disaster.”  On January 6, stated David Remnick, editor of the “New Yorker”  a year after the failed American coup d’état ( January 5, 2022), “we ceased to be a full democracy. Instead we now inhabit a liminal status that scholars call “anocracy”. The United States is for the first time in two hundred years “suspended between  democracy and autocracy. And that sense of uncertainty radically heightened the likelihood of episodic bloodletting in America, and even the risk of Civil war”, a danger which enticed  the “New Yorker “ to ask in a  headline: ”Is a Civil War ahead?” This is, insists Remnick,” the compelling argument of “How Civil War starts”, a book written by Barbara F. Walter, a political scientist at the University of California San Diego. The author, observing the encroaching instability and illiberal currents present  a sad picture: “ We are no longer a peer to nations like Canada, Costa Rica and Japan”. The edifice  of American exceptionalism has always wobbled on a shoddy foundation of self-delusion , argues Remnick,”and yet most Americans have readily accepted the commonplace that the United States is the world’s oldest continuous democracy. That serene assertion has now collapsed.”

Remnick agrees with author  Walter, who has studied the preconditions of civil strife all over the world, that “if we strip away our self-satisfaction and July 4 mythologies, and review a realistic check list ,assessing each of the conditions that make Civil War likely, we have to conclude  that the United States has entered very dangerous territory. ” Walter, notes Remnick, is careful to say that  a twenty first century American Civil War “would bear no resemblance to the consuming and symmetrical conflict that was played out on  the battle fields of the 1860’s.Instead she foresees, if the worst comes about ,”an era of scattered ,yet persistent acts of violence:  bombings, political assassinations, destabilizing acts of asymmetric  warfare carried out  by extremist groups that have coalesced via social media. These are relatively small, loosely aligned collections of self-aggrandizing warriors, who sometimes call themselves “accelerationists”. They have convinced themselves that the only way to hasten the toppling of an irredeemable, non white  socialist republic is through violence and other extra-political means. ””Fear of a second Civil War ignites debate”, noted  “El Pais”.The idea of itself, advances Asma Khalid on NPR,  “National Public Radio”,( January 13, 2022) “seems outlandish, but as the country diversifies, its grown more polarized. Today Americans can’t even agree on who won the elections, or whether masks prevent the spread of Covid. Researchers say it is not out of the question for these political tensions to boil over. ”Democracy has “never been a settled ,fully stable condition for all American s”, agrees editor Remnick in his think piece, “and yet the Trump era is distinguished by the consuming resentment  of many rightwing ,rural whites, who fear being “replaced “ by immigrants  and people of color , as well as a Republican  Party leadership that bows to  its most  autocratic demagogue (Donald Trump) and no longer seems willing to defend democratic values and institutions.” In an interview with the “Harvard Gazette” Jay  Ulfelder, a political scientist, who studied Civil War, and is currently  a fellow at the Center for Human Rights Policy at Harvard- Kennedy  School , stated that “parts of the country  are most desirous of preserving a white ,Christian  patriarchal order  that they think of as the “real America.”Ulfelder is certain, “fragmentation and balkanization of politics is going to get worse. ”Some experts fear that  the republic, or parts of it, may soon  give way to authoritarianism. The ghost of Donald Trump is hovering over the debate, his desire to regain power in 2024, punish the media, his critics, appoint more right-wing Supreme Court judges, reduce the power of the FBI, tailor America’s institutions to his unpredictable illusions of power and grandeur.  Steven Levitzky, co author  of the Trump era study “How democracies die” does not believe the United States are headed towards fascism  or Putinism, but he predicted in the “New Yorker” “we could be headed to recurring constitutional crisis, periods of competitive authoritarian  and minority rule, and episodes of pretty significant violence…”