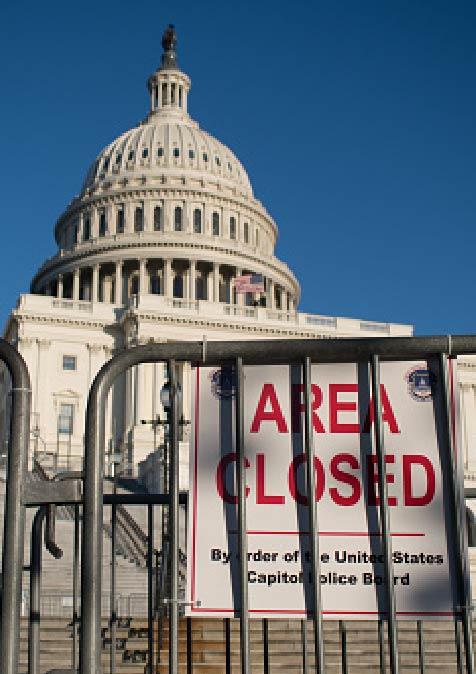 The insurrection of 6 January 2021, when supporters of then President Donald Trump stormed the US Congress in Washington DC, “is widely viewed as a seminal moment in the history of US democracy,” noted the British The Guardian (January 9, 2022). “Never before had the modern nation witnessed such an organized, violent attempt to overthrow the elected government. Never before, not even at the height of the Civil War, had the Confederated flag flown over the halls of Congress.”

This was history, the insurrection, the attempt of more than two thousand citizens to halt the confirmation of Joe Biden by Congress as the newly elected President of the United States of America. As the US marked the first anniversary of the thwarted revolt, another turning point was reached, wrote The Guardian: ” President Joe Biden, the lawful winner of the 2020 election’s and Trump’s intended victim,” dropped what some call his  Mr. Nice Guy act. With gloves off, Biden came out swinging. It was about time.” Biden, in a speech in Statuary Hall, US Capitol, on January 6, stated: “For the first time in our history a president had not just lost an election, he tried to prevent the peaceful transfer of power, as a violent mob breached the capitol, but they failed.”

The president recalled how the mob was breaking windows, kicking in doors, American flags on poles being used as weapons like spears. Fire extinguishers are being thrown at the heads of police officers. Rioters menaced these walls, threatening the speaker’s life of the house, literally erecting gallows to hang the vice president of the United States of America. But what did we not see, asked the Democrat his nation, “we didn’t see a former president, who had just rallied the mob to attack, sitting in the private dining room of the Oval Office in the White House, watching it all and doing nothing for hours…”?

A Congressional Committee established to investigate the violent conspiracy is particularly interested in learning more about Trump during 187 minutes between the first breaching of police lines and his late TV appearance asking the mob to go home. The Committee has reliable witnesses that Trump’s daughter Ivana, a senior adviser, twice went into his office, pleading with her father to make a statement on TV to halt the violence. (CNN, January 3, 2022)

One of his sons called the White House Chief of staff, asking him to push his dad into action. Still, a former Press secretary, Stephanie Grisham, remembers that her boss was “gleefully” following the theater of violence, ignoring Twitter messages from trusted commentators of the right-wing Fox network, asking the president to call off the revolt, which was considered by the FBI an act of domestic terrorism. (NPR, January 7, 2022).

A recent poll published by the Washington Post shows that only 27% of Republicans believe that the former president deserves “a great deal” or “a good amount” of the blame for the attack on the Capitol on January 6, which led to the “biggest criminal investigation in US history (National Public Radio, January 7, 2022).” So far, reported NPR, “more than 700 people have been charged with crimes; the defendants appear to be predominantly white, but not entirely. At least 119 defendants have alleged ties to known extremists of fringe organizations, such as the pro-Trump conspiracy theory Q Anon, the Proud Boys, a far-right group known for street violence, the Oath Keepers, an anti-government group, and the Three Percenters, a part of the anti-government militia movement. Ed Pilkington revealed in The Guardian that the violence visible in and around Congress in the first January week of 2021 was shadowed by an, often, invisible conspiracy activity driven by a devotion to Trump, the president elevated to guru.

Pilkington writes in The Guardian (January 5, 2022) of more than 1000 Americans in the position of public trust who “acted as accomplices in Donald Trump’s attempt to overturn the 2020 election result, participating in the violent insurrection.... or spreading the “big lie” that the vote count had been rigged,” including 147 members of Congress who objected to the certification of the 2020 election result. The startling figure, says Pilkington, “underlines the extent to which Trump’s attempt to undermine the foundations of presidential legitimacy has metastasized across the US.

Individuals, engaged in arguably the most severe attempt to subvert democracy since the Civil War, are now inveigling themselves into all levels of government, from Congress and state legislatures down to school boards and other public bodies.”

The Insurrection Index, started by Public Wise, a pro-democracy initiative, named 213 incumbents in elected office and 23 running as candidates for positions of power in upcoming elections. One of the most influential election lawyers in the US, Marc Elias  warns:” We are one, maybe two elections away from a constitutional crisis over election subversion. If we don’t recognize who was behind the attempt to disrupt the peaceful transfer of power, the next time we will be less prepared and it may succeed.”(The Guardian, January 5, 2022 )

Fiona Hill has been a former deputy assistant to Donald Trump and senior director for European and Russian Affairs at the National Security Council. In Foreign Affairs (November/December 2021) the now Senior Fellow at the Brookings Institution analyzed that “the attack on the Capitol was the culmination of four years of conspiracies and lies that Trump and his allies had fed to his supporters on social media platforms, in speeches, and on television. The “Big Lie” that Trump had won the election was built on the backs of the thousands of little lies that Trump uttered nearly every time he spoke and that were nurtured within the dense ecosystem of Trump’s media outlets.”

Roger Stone, one of Trump’s close friends and advisers, tweeted in September 2020 a fictitious document that purported to reveal a Democratic plan to attack American voters with mind–controlling pulsed electromagnetic emissions and impose martial law, adding only, “if this is real OMG” (oh my God)”(New York Times Magazine, September 30, 2020). Almost 100 Federal and State courts, and even the most potent judicial institution, the Supreme Court, refused to consider Donald Trump’s attempts to revise the electoral result and rejected them as baseless. 16 months after the Presidential elections the absolute majority of Trump voters are more united than ever in a voter fraud mythology, convinced that the loss was illegitimate, a steal, the removal of their idol from the White House a historical insult and injustice.” Trump’s fraud claims died in court”, noted the New York Times (October 11, 2021) “but the myth of stolen elections lives on”.

Ever since Trump was elected President, he cultivated the legend that he could not lose any election, unless mysterious powers would sabotage his greatness- Trump sowing the seeds to delegitimize an election he could lose, although Joe Biden was “the worst candidate in the history of Presidential elections”, as Trump told his followers in September 2020. “If I lose to him, I do not know what I am going to do. I will never speak to you again; you will never see me again.” Possibly he would have “to leave the country. (USAToday, October 17, 2020 ).

And then he lost, less dramatic than opinion polls had predicted, but defeated nevertheless, unwilling to concede to this day, publicly and repeatedly claiming that his loss was a conspiracy. In his own mind he remains the president to make America great again since he was the greatest ever, Abraham Lincoln included.

“It is remarkable, but not at all accidental, that a narrative built from minor incidents, gross exaggeration, and outright fabrication is now at the center of the effort to reelect the President,” stated the New York Times Magazine five weeks before the Presidential vote, September 30, 2020.

”As we approach an election in which the threat of voter fraud is being used as a justification for unprecedented legal and political interventions in our democratic process, it is important to understand what this claim actually represents: it is nothing short  of a decades-long disinformation  campaign- sloppy, cynical and brazen, but often quite effective-carried out by a consistent cast of characters with a consistent short line.” In other words: “Voter fraud is an adaptable fiction, and the President has tailored it to the moment.”

In the event of an election loss, “they, the Republicans,” would need a story, and fraud was it”, suggested the New York Times Magazine. The assault on the US Capitol “capped four years in which Trump relentlessly stoked  the nation’s divisions and simultaneously  provided oxygen  for the growth  of White nationalist extremism through his open embrace of racist language  and conspiracy theories”, resumed  Ronald Brownstein of CNN in an analysis (January 19, 2021), claiming that Trump “leaves America at its most divided since the Civil War”. In his speech on January 6 of this year Joe Biden reminded his citizens, that the former president of the United States of America has created a web of lies about the 2020 elections:”

He’s done so because he values power over principle”, and “his bruised ego matters more to him than our democracy or constitution.” Donald Trump, more cornered than ever by prosecutors and members of Congress, who are trying to prove that he personally was involved in the uprising, conspiring to falsify the Presidential vote, pledged to continue his public harassment of his successor Joe Biden, regardless of whether the President is trying to contain the war in Ukraine from escalating into a nuclear tragedy, or not. Only one President can bring peace believes Donald Trump. The next Presidential elections are in 2024.