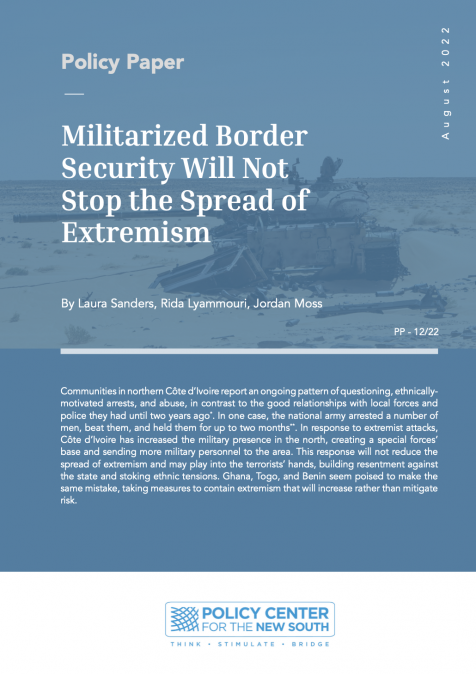 Communities in northern Côte d’Ivoire report an ongoing pattern of questioning, ethnically- motivated arrests, and abuse, in contrast to the good relationships with local forces and police they had until two years ago*. In one case, the national army arrested a number of men, beat them, and held them for up to two months**. In response to extremist attacks, Côte d’Ivoire has increased the military presence in the north, creating a special forces’ base and sending more military personnel to the area. This response will not reduce the spread of extremism and may play into the terrorists’ hands, building resentment against the state and stoking ethnic tensions. Ghana, Togo, and Benin seem poised to make the same mistake, taking measures to contain extremism that will increase rather than mitigate risk.