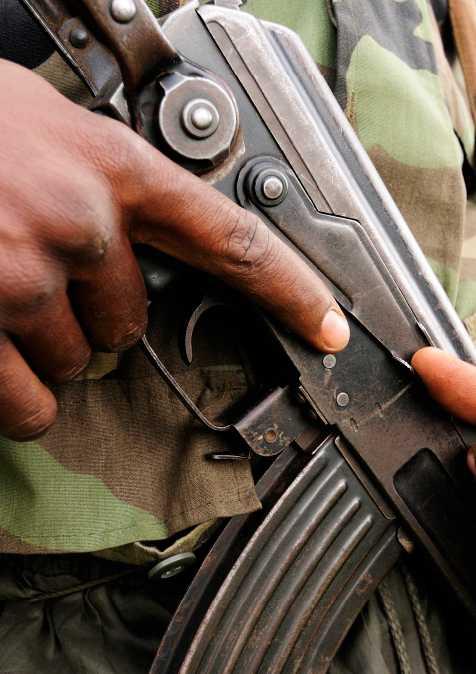 More than two years ago I wrote in a report: “The current downward security trends in Mali, Niger, and Burkina Faso should serve as a wake-up call for the states in the Gulf of Guinea, mainly Ivory Coast, Ghana, Togo, and Benin.” Recent attacks in the northern Ivory Coast and Benin show that signs of earlier years now have taken on unique characteristics. Signs of the expansion of violent extremist organizations (VEOs) to coastal states have been there since at least since 2015. The coastal states share some of the same domestic vulnerabilities as their counterparts in the Sahel. Given the increasing threats of attacks in the northern regions of coastal states, security and prevention strategies by local, regional, and international actors should avoid the mistakes of the Sahel, where security and prevention efforts have struggled to produce tangible results.

No more speculation, jihadist militancy has arrived in the northern regions of coastal states

Northern Benin and the Ivory Coast are the two countries most affected by violence perpetrated by VEOs outside the Sahel. On 8 February 2022, presumed Jama’at Nusrat al-Islam wal-Muslimin (JNIM) militants carried out a complex ambush using an Improvised Explosive Device (IED), rocket, and gunfire against Beninese forest rangers and soldiers in the Point Triple area, where the borders of Benin, Burkina Faso, and Niger intersect. Five rangers, one Beninese soldier, one civilian agent of the African Parks Network (APN), and one French instructor were killed, and twelve others were wounded. The militants also seized weapons, ammunition, and equipment. A series of incidents had occurred in the weeks before this attack in the same general area. On 4 February, suspected JNIM militants attacked a tourist site looting supplies and set the site on fire. The next day, security forces repelled another attack, again by suspected JNIM militants.

In areas such as northern Benin that are rife with criminal activity related to poaching and illicit trade, it can be challenging to identify those responsible for violent attacks unless an attack is officially claimed. However, based on the modus operandi in the 8 February attack, JNIM appears to be the responsible actor. Unlike poachers and criminals, JNIM is known for complex ambushes that involve improvised explosive devices (IEDs) and small arms or light weapons. The first IED attack in northern Benin occurred on 10 December 2021, when a Beninese army vehicle struck a roadside bomb believed to have been planted by JNIM militants near the town of Porga, seriously wounding four soldiers.

JNIM-affiliated militants have also made their presence known in northern Ivory Coast, southern Mali, and southwestern Burkina Faso. While the apparent presence of jihadist militants in this tri-state border area dates back to 2015, their activities have increased over the past two years. In addition to attacks on security posts and intimidation against the local population, the northern Ivory Coast saw its first IED attack in April 2021; several IEDs have been discovered and destroyed since. In Senegal, security incidents near the Malian border have been a growing concern over the past two years. Coastal countries provide opportunities for armed groups, including new transit zones for logistics and financing through illicit activities. For example, informal gold mines in Senegal and Ivory Coast may provide prospects for criminal groups to form convenient alliances with jihadists to undermine state presence. The overall trend reinforces fears that violent spillover from landlocked countries in the Sahel and suggests that the Sahel crisis has taken a more complex and dangerous turn. The implications are not only about security threats but also about relations between different communities and between state forces and local communities.

Hostility toward the Fulani in northeast Ivory Coast is on the rise, and mistrust between the diverse communities is growing. Tensions between communities are growing as Fulani communities are once again accused of being associated with extremist groups. On 20 July 2021, a traditional Fulani healer traveling in the area to sell traditional medicine was arrested after an attack and interrogated for three months without trial. Several Fulani herders said they were questioned solely because of their ethnicity after being reported by other local residents.  Jihadists often exploited these acts of injustice and stigmatization in central Mali, then in Niger and Burkina Faso, to gain popularity among Fulani communities.

Similar to the countries of the Sahel, West African coastal states are struggling with governance deficits and eroding social cohesion. These tensions, and economic insecurity, provide a fertile ground for the recruitment and spread of violent extremist groups and criminal networks. Despite fears that the Sahel crisis could spread to the West African coast, the response so far has been military rather than political. Securitized responses, such as the ongoing military operations in the Sahel, do not address the root of the problems that have enabled the rise of VEOs.

Intercommunal and local conflicts play an essential role in expanding JNIM in West Africa and provide opportunities to exacerbate these tensions and exploit them to their advantage. Nonetheless, the Ivory Coast is taking initiatives to prevent extremism and recently announced plans to invest nearly $15 million in a youth training and vocational integration program. Youth in precarious economic situations are considered at risk of being radicalized and recruited by VEOs. The economic and financial context of the population must be regarded in counterterrorism efforts.

In summary, multifaceted regional solutions are critical to countering the threat of the Sahel crisis spilling over into the coastal states. These include streamlining current strategic operations and addressing the structural causes of terrorism, such as poor governance, injustice, and poverty. Such solutions were raised at the Dakar Forum on Peace and Security held in December 2021, where inter-community tensions and local grievances in West Africa were cited as triggers for extremism. Recent coups in West Africa and the Sahel have raised concerns among experts about "contagion."

With violent incidents on the rise and concern in northern coastal states, affected countries are taking serious security measures to counter the spread of jihadism. This security approach might succeed in containing jihadist groups and not allowing them to establish strong bases. Still, it does not address the core problems related to injustice, social cohesion, and peaceful coexistence. Apart from military operations, the success of the security approach depends on the trust of the local population and their cooperation with the security forces and the state in general.