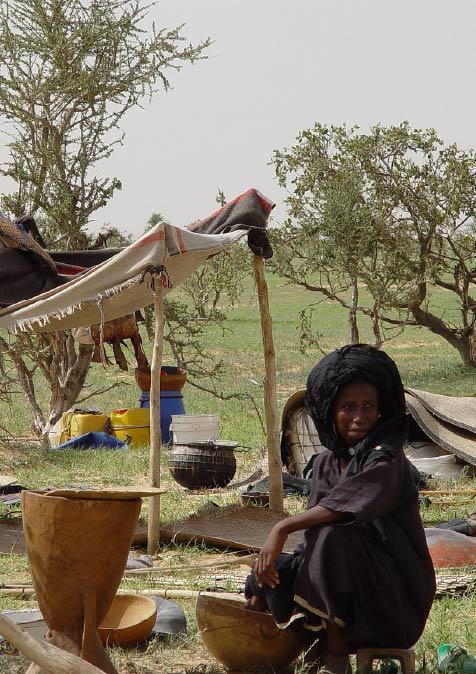 An HRW report details the massacre of at least 300 civilians in the central Malian town of Moura — the deadliest single atrocity in the country’s decade-long armed conflict. Most of the victims were from the Peuhl ethnic group. The widespread political and social exclusion of the Peuhl puts them at further risk of this type of violence and drives a cycle of grievances and fear that empowers violent extremist organizations (VEOs) and impedes peacebuilding. National governments and international actors must better understand, engage, and protect the Peuhl if they are successful in stemming conflict — both in Mali and across the region. As the Sahel conflict begins to spill over into coastal countries (notably Ivory Coast, Ghana, Togo, and Benin), these governments and their international supporters must urgently counter the marginalization of the Peuhl if they are to avoid conflict and prevent atrocities like the one in Moura.

An HRW report details the massacre of 300 civilians by Malian armed forces and foreign soldiers in the central town of Moura — the deadliest single atrocity in the country’s decade-long armed conflict. HRW reports that most of the victims were members of the Peuhl ethnic group. The targeting of the Peuhl ethnic group in Moura is the most recent evidence of a larger pattern of exclusion and vilification. The massacre in Moura reveals a dangerous dynamic where national and foreign forces manipulate and magnify local ethnic dynamics. As conflict and extremism spread to the coastal countries, national governments and international actors must study the lessons of Mali. Our failure to stem the tide of conflict and protect civilians is partly due to our failure to engage the Peuhl people and understand their vulnerability to conflict and extremist recruitment.

The Peuhl, also known as the Fulani or Fulbe, is one of the largest ethnic groups in West Africa, numbering 25-40 million people and making up about thirteen percent of the Malian population. They are the predominant migratory group in the region. They play a critical economic role through cattle herding and transhumant pastoralism (livestock rearing based on the seasonal movement of herds and households to access pasture and water). Despite their numbers, economic importance, and long-established migration patterns and settlements, the Peuhl have often been cast as outsiders and excluded from narratives of Malian national identity. In traditional systems where power and identity are closely related to land, transhumance are easily classified as “other.” This exclusion and persecution have made Peuhl communities vulnerable to violence, incitement, and recruitment by violent extremist organizations (VEOs). In exchange for protection and justice provision, members from Peuhl communities joined and supported VEOs. In coastal states, Peuhl who feel that their livelihood has been cut off by conflict and that the state does not represent or serve them may see joining VEOs as the only path to justice, belonging, agency, and economic resources. A trend Mali witnessed since 2012 where VEOs recruited, armed, and trained members from disadvantaged Peuhl communities.

As VEOs have sought to destabilize Mali, they have shrewdly manipulated ethnic tensions and grievances. They have found farmer-herder conflict - already exacerbated by population growth, climate pressures, and the absence of credible natural resource governance - a volatile entry point. State and international responses to the extremist threat have either vilified the Peuhl - casting them as terrorists based on based on their ethnicity - or ignored them, fueling a vicious cycle of exclusion, grievances, and violence. As seen in the Moura massacre, this conflation of jihadism and ethnicity has been used to justify the killing of Peuhl civilians.

Witnesses offered various explanations for how the soldiers chose the detainees for execution. Several believed it was based on what the detainee was wearing. One witness said, “Some [the militants] killed were really jihadists, but many others were killed simply because they had been forced by the same jihadists to cut their pants and grow their beards.” Others said it was based on ethnicity that people were singled out. “The soldiers appeared to target the Peuhl and let the others go,” said a villager. Other witnesses speculated that the army might have had informants identifying armed Islamist villagers, and who supported them.

A witness detained with about 50 detainees from several ethnic groups described seeing 17 men taken about 200 meters away and executed over 2 days. “They took out five, five, and later seven. All of those killed were Peuhl.” he said.”

When asked about the Peuhl reaction to the Moura massacre, a representative of a Malian Peuhl association told me, “We know that today if you are Peuhl in our country, in Mali, it is difficult. Frankly, because either you get killed by the …. the Malian armed security forces or you get killed by the jihadists. We know today that the risk is so great that everyone is afraid. We don’t have many options because we are reduced to crumbs. We don’t dare to speak often because when you speak, you are stateless and a traitor.”

Mali is a cautionary tale for the coastal states. As they watch the wreckage in the Sahel, they must immediately engage the Peuhl and address the dynamics of exclusion. Otherwise, this vulnerability puts them at risk of extremism and ethnic conflict.

Even more than in the Sahel, the Peuhl in coastal countries are cast as outsiders. They are often denied citizenship and services even when they have been residents for generations. They face obstacles obtaining national ID cards and at times have those cards confiscated as “forgeries” by police based on their ethnicity, Peuhl civil society leaders told me. As a result, they avoid authorities, travel at night, and sometimes view themselves stateless. While the extent of this dynamic is unclear, the perception of growing exclusion makes communities vulnerable to violence, as it did in the Sahel.

As climate change, population growth, conflict, and related migration have disrupted traditional resource sharing structures; the conflict has escalated between livelihood groups — often pitting the transhumant Peuhl against sedentary farming communities. In the absence of credible state justice and natural resource management mechanisms, communities have formed ethnic-based militias, fueling a vicious spiral of retaliation and destabilization. The view of the Peuhl as outsiders with no rights to land rationalizes state and community-based violence against them. It justifies to force them off of land claimed by “indigenous” ethnic groups.

In Ghana and Ivory Coast, discrimination and inter-communal violence against the Peuhl  increased .  In Ivory Coast, the Peuhl are accused of being aligned with extremists. and they report increasing arrests without trial and questioning based on ethnicity. Ahmed Bary, the Ghana National Coordinator of the Peuhl civil society organization (CSO) Tabital Pulaaku, drew the connection between the Moura massacre and increasing intercommunal violence in Ghana, including the massacre in Zakoli and Konkon villages, a reprisal after a “suspected herdsman” killed a community member. These reprisal killings threaten to escalate quickly as people retaliate against whole communities for the actions of one criminal. Peuhl leaders complain that the media and local authorities, particularly Ghana, stoke conflict by describing criminals by ethnicity rather than by name.

Many efforts to limit extremism have overly focused on border control and used narratives of outside agitators - a framing that is dangerously misconstrued to equate pastoralists and migrants with extremists. This strategy will undoubtedly backfire, creating new ethnic tensions, limiting trade, and pitting communities against border control and police, even while those forces cannot control the border. Overly-militarized responses threaten to escalate conflict and undermine local peacebuilding mechanisms rather than address the underlying vulnerabilities.

The continued misunderstanding and ignoring of the Peuhl by West African national governments, military forces, and peace building community will inflame conflict.

As the Peuhl feel more and more desperate in the face of spreading violence and discrimination, we must give them viable options for pursuing their livelihoods and community survival.