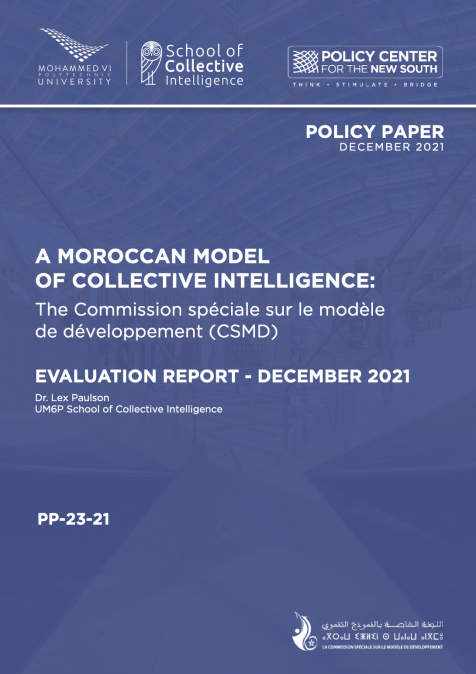 On 16 December 2019, the Honorable Chakib Benmoussa, then Morocco’s ambassador to France, gathered 35 fellow citizens in a conference room at the Royal Academy in the leafy outskirts of Rabat. The three dozen members of the Commission spéciale sur le modèle de développement (CSMD) had been selected for their scientific, economic and political expertise, as well as eminence in the cultural and non-profit sectors. The Commission’s mandate, given by King Mohammed VI, was a daunting one. Morocco’s economic growth, strong in the early 2000s, had slowed; job creation in the formal sector was anemic; rising environmental stress was deepening regional inequalities, as the government struggled to deliver high-quality public services to all parts of the country.