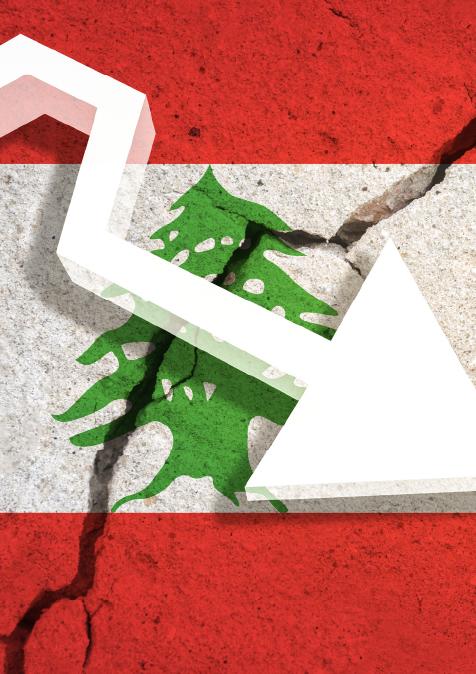 “Once upon a time a classic first line in fairy tales, used by Charles Dickens, for example in his “A Christmas card” in 1843, or Charles Perrault, the French poet, writer of “Cinderella” and “Sleeping Beauty”, both published in 1697 in “histoires ou contes du temp passé”

Once upon a time suggests a nostalgic touch, the good old, romantic days glamourized because negative memories are annihilated and deposed in the dustbin of the human mind. Once upon a time, Beirut, the capital city of the 6.7 million Lebanon, was considered by authors and citizens alike as “the Paris of the Middle East, art and fashion inspired by France, which allowed its colony to declare independence in 1943. Beirut had it all, Cafés, literature, fashion, the arrogance of youth and mind. Muslims, Christians, involved in political debate, some celebrating life on the wild side. Flashy dancers, dressed in minimalistic clothing, excited the mainly good-humoredly drunk male audience in the “Casino de Liban”.

Men jetted into the colorful decadence from Kuwait, Saudi Arabia, and Abu Dhabi more than half a century ago were awaking nations floating on oil and gas, the promises of a golden future, covered by desert and dust.

Foreign airline pilots crowded the famous nightclub “Les Caves de Roi” in the “Excelsior” hotel, trying on the dance floor to move close contact with female representatives from Dior, Coco Chanel, or Jacques Fath. They were ready to move towards the new source of wealth in hitherto unknown gold-plated desert three hours flight away. Rolls Royce and Jaguar salesmen and mini-skirted students from the then prestigious “American University of Beirut” were dancing to “Ain’t no mountain high enough”, “Bridge over the troubled waters”, or the Beatles “Let it be”.

Indeed, once upon a time, Lebanon was hailed as the Arab Switzerland, including snow in local mountains. The air was mild and pure, transported from the Mediterranean Sea onto the shore, stroking Cedar trees, the color of the national flag and mentioned in the bible as the first of trees, used by King Solomon to build his temple on a mountaintop near Jerusalem, completed about 1000 years BC, only to be looted and destroyed 400 years later.

I inhaled picturesque Lebanon at the shores of the Mediterranean Sea for the first-time half a century ago-   a   fantasia turned into reality. Now memories turn in tragedy, the sweetness of yesterday replaced by hunger, ruins, misery, violence, and abandonment. Lebanon, mon amour, is barely   within the shadow of death.  its energy exhausted by battles of civil war, of religious showdowns, corruption, friction with neighbor Israel, economic mismanagement, disintegration, theft by its leaders, democratically elected, the jobs distributed as agreed decades ago, a Sunni Muslim is chosen as Prime minister, a Maronite Christian as President, the speaker of parliament, a Shiite Muslim.

Others share power, the radical movement Hezbollah, supported by Iran with money, oil, and weapons, including long-range rockets, tanks, and drones. 20 000 active fighters are symbols of menace, 20 000 additional reserves, ready, if asked, to totally paralyze the nation, autonomous with its own hospitals, schools, and uncontrollable military might. One example: On September 16 of last year, the first of several truck convoys arrived in Lebanon, transporting Iranian fuel via Syria. The delivery was not officially approved by the government; the trucks entered via an illegal crossing-a transaction that violated US sanctions on Iranian oil sales. Who cares about the law if power stations run out of fuel and the celebration of life turns into darkness and cold, miserable nights?

Hezbollah controls part of Beirut, southern Lebanon, and the Eastern Bekaa Valley region, the radical movement, considered by the US, UK, Germany, Israel, and the Arab League as a terrorist organization, is also holding (since the 2018 elections) 18 of 128 parliamentarian seats and is represented in recent governments with two ministers, regardless to the electoral results.

The “International Institute for Strategic Studies “, in a 2018 report, called Hezbollah “the world’s most heavily armed non-state actor.” While it is customary to characterize Hezbollah as “a state within the state”, insists Stephanie T. Williams of the Brookings Institution, it is more accurate now to define it as “a state within a non-state”- in view of the sheer inability of the Lebanese government  to deliver  even the most basic services to a desperate population plunged into its worst economic crisis in over a century.”  Mrs. Williams pointed in her paper (November 19, 2021), to the “looming specter of complete state failure.”

Most severe crisis since the mid-nineteenth century

Hussain Abdul- Hussain, former managing editor of the oldest English language newspaper of the nation, the Daily Star, deplored its closure in October  after 70 years of existence and confirmed : ”Its story is the story of Lebanon, reduced in less than  15 years from a promising country to a failing state”.(Foreign Policy, November 20, 2021) About 78 000 Lebanese citizens emigrated from Lebanon in 2021.Beirut based “ “Information International “ estimates that 195 433 people have left Lebanon since 2018.(Anadolu Website, December 9, 2021)

A recent survey revealed , reported Foreign Policy ( December 26, 2021)that 77 percent of Lebanon’s youth want to leave-the highest percentage in the region.             Lebanon, observed Hans- Jacob Schindler on EuroNews (October 15, 2021), “is struggling with one of the worst financial crisis the world has seen since the 19th century.” The year 2021 has been” one of Lebanon’s toughest years in decades”, noted IISP as well (Italian Institute for International Political Studies; December 1, 2021), the country plunged deeper into a financial crisis, that resulted in around 85 percent of its population regarded as below the poverty line.” Food prices have jumped by 557 percent since October 2019”, reported Reuters (September 10, 2021) , and the economy has contracted by 30 percent since 2017.”Weekly grocery bills can equal months of a typical family’s income”, wrote the New York Times (October 15, 2021) .Ben Hubbard, a “Times” reporter, who had spent much of the past decade in Lebanon: “ People have watched an entire way of living disappear”, the local  currency has lost more than 90 percent of its value in just over two years”, wrote Aljazeera (December 21, 2021), as well as skyrocketing inflation.

On June 1, 2021, the “World Bank” stated in its latest Lebanon Economic Monitor (LEM) that the economic and financial crisis is likely to rank in the top 10, possibly top 3, most severe crisis episodes globally since the  mid-nineteenth century. In the face of colossal challenges, continuous policy inaction and the absence of a fully functioning executive threaten already dire socio-economic conditions and a fragile social peace with no clearing point on the horizon.” The authors of the” World Bank” report blamed the “responses by Lebanon’s leadership to these challenges “as “highly inadequate.

The inadequacy is less due to knowledge gaps and quality advice and more the result of 1) a lack of political consensus over effective policy initiatives, and 2) political consensus in defense of the bankrupt economic system, which benefited a few for so long. With a history of prolonged civil war and multiple conflicts- Lebanon is identified by the World Bank as a Fragility, Conflict & Violence (FCV) State-there is growing wariness of potential triggers to social unrest. The increasingly dire socio-economic conditions risk systemic national failings with regional and potentially global effects.” The former financiers of the ruling class in Beirut, the oil-producing Gulf nations, and Saudi Arabia, have withdrawn from supporting Lebanon, which is trying to cope with an estimated 1.5 million Syrian refugees and about 500 000 from other neighboring nations. Since Beirut did not resist its growing entanglement with Iran, the sponsors of Hezbollah, the Arab allies withdrew their ambassadors, banned Lebanese imports, and closed their visa sections, a contretemps, as Brookings Institution phrased it, “the latest chapter in the use of Lebanon as a theater to settle scores, particularly between Saudi Arabia and Iran.”

The   Secretary-General of the United Nations, a few days prior to last  Christmas on a  48-hour visit to the troubled nation, did not mince his words, stating “ seeing the suffering of the people of Lebanon, Lebanese  leaders do not have the right to be divided and paralyze the country “( Aljazeera, December 21, 2021)In march elections are scheduled, a national vote, which, most likely, will not deliver fundamental change:” Lebanon’s political quagmire will not end any time soon, ”suggests the” Center for Strategic &International Studies”  (CSIS) (December 16,2021). The elections are” unlikely to displace the corrupt political class, which has resisted necessary reform to end Lebanon’s crisis at every turn.”