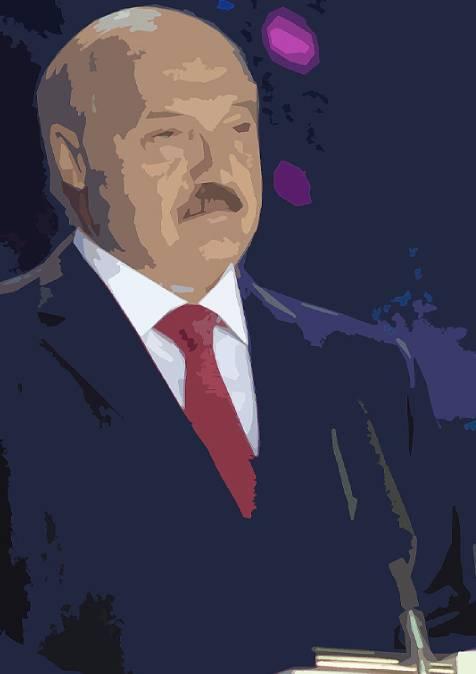 His message was one of reassurance, just as a great leader has to react in a crisis. The concerns about Covid 19 was nothing but “a frenzy and psychosis”. The President knew the secret to defeat the virus: vodka, sauna, tractor. Didn’t a US president named Donald Trump suggest  that toilet cleaning disinfectants chase the virus out of infected lungs on national television? (New York Times, April 24, 2020) That was Trump-speak, sure, but the man who uttered the tractor/vodka/nonsense was not Trump, but Alexander Lukashenko, 67, President of Belarus, a former Soviet republic  neighboring Poland, Latvia, and Lithuania.

Mr Lukashenko, in power since July 1994 despises opposition, and worships one politician in particular, as he admitted in an interview with “Reuters “almost a decade ago- himself. Without doubt, he is relishing his notoriety as Europe’s last dictator:” I am the last and only dictator in Europe: Indeed, there are none elsewhere in the world. You came here and looked at a living dictator. Where else can you see one? There is something in this: they say that even bad publicity is good publicity.” (Reuters, November, 27, 2012)

Mr Lukashenko’s judgment about the anti-virus- vodka- cure certainly ended badly.   His suggestion that “people should not only wash their hands with vodka but also poison the virus with it”,  apparently failed. Since the autocratic  President in earlier years worked on a collective farm, he knows that farmers  will ignore Covid 19 while driving their tractors “and no one is talking about the virus, the tractors will heal everyone”.  By December 26, 2021, health authorities reported 694 727 Covid 19 cases in Belarus, one of the highest per capita rates of infections in Eastern Europe. 5528 citizens died,and the dictator did not escape the global curse either -possibly because he does not drink vodka or other alcohol. He is the dictator, and after all, his virus was “asymptomatic”, and the dictator remained “on his feet” (Reuters, July 28, 2020).  1 year, 9 months, and 29 days (as of December 28, 2021) after the appearance of the virus in the capital city Minsk, just 30.27 percent of the 9.5 million population has been fully vaccinated.

The bad news  Lukashenko pretended to relish, followed his strategy of political survival to August 9 of last year, when he, allegedly, manipulated the Presidential elections, until late this fall, when the authoritarian leader began provoking headlines like  “hybrid warfare at Poland -Belarus border”( Fair Planet, November 18, 2021), “ Europe must resist Belarus migrant ‘blackmail’  Austria says’’  ( Reuters, November 22, 2021), “the devastating ways women suffer at the Poland-Belarus border”( Aljazeera, November. 22, 2021).Thousands of migrants, mainly from Syria, and Kurds from towns like Duhok and Zaxo, suddenly gathered at the border, trying to overcome barbed wire fences, Polish border guards, soldiers, ready to shoot and push back anyone from EU territory towards Belarus, into a freezing forest with no food, no hope. Just water cannons and rubber bullets.

Alexander Lukashenko revealed in an exclusive interview with BBC reporter Steve Rosenberg (November 19, 2021) “I told them (the EU) I’m not going to detain migrants on the border, hold them at the border, and if they keep coming from now on, I still won’t stop them because they are not coming to my country, they are going to yours.” He even admitted in his BBC interview that Belarus soldiers may have facilitated migrants crossing into Poland,” maybe someone helped them, I won’t even look into it.” And: “We’re slavs. We have hearts. Our troops know the migrants are going to Germany”. The Polish prime minister, Mateusz Morawiecki, protested that” the security of our eastern border is being brutally violated.” Behind this breach of international law, the Polish leader suspected an evil alliance:” Lukashenko is the executor of the latest assault, but this assault has a sponsor, who is to be found in Moscow, and this sponsor is President Putin (Euro News, November 10, 2021), a theory the former general and deputy head of the Polish National Security Bureau, Roman Polko, supports:

“Putin is constantly waging hybrid war. He knows that he is too weak to win an armed conflict with NATO. In addition, Russia is too dependent on Western economies to afford such conflict.” (UACRISIS.org). Belarus would “never have behaved so aggressively on the Polish border without Moscow’s consent”, believes Jakob Hedenskog, director of the Stockholm based Swedish Defence Agency (Atlantic Council October 13, 2021); as PBS NEWS HOUR noted on august 27, after the violently contested Presidential election, “Russia sees the neighbor as a key bulwark against Western expansion and an important conduit for Russian energy exports.” A crisis, provoked by thousands of migrants, trying to storm into the European Union, would allow Lukashenko to blackmail the Europeans, forcing Germany to accept at least 2000 of the estimated 7000 migrants.

The immigrant arrived at the border from misery, poverty,  war-torn neighborhoods in Syria and Iraq. They did not walk hundreds of miles, slaving their way to freedom, which later would show its ugly face as a fata morgana. They arrived by plane, transported by, partially, outlawed airlines like “Cham Wing Airlines” (Syria) allegedly convinced by Belarusian state agents, who issued them visas and promised, that once they arrived at the border to Poland, the entry into the EU would be smooth and simple. On the web images were shown of refugees waiting for a flight to Minsk at Damascus airport (Perild.com, November 9, 2021), flights were registered by tracking experts (Flightradar 24) on the web, transporting  thousands from Istanbul, Damascus, and Dubai to Minsk. Some were housed in s state-owned hotels and then driven in Minivans to the border, the end of a dream for les  Miserables, used by the ruler in Minsk, who is treated as an outcast by the EU, not recognized by Brussel, Washington, and London as the legitimate leader, since the Presidential elections of 2020 were declared as fake, and manipulated.

He is trying to build North Korea

Opposition leader and Presidential candidate Sviatlana  Tsikhanonskaya, who claimed to have obtained 60 to 70 percent of the national vote, declared victory and prepared the peaceful transfer of power with a Coordination Council, had to escape abroad, 700 political prisoners are still held, and many, who have been released, showed signs of torture. A statement by the UN Human Rights Office (September 1, 2020) cited more than 450 documented cases of torture and ill-treatment of detainees, as well as reports of sexual abuse and rape. ”This regime is guilty of even putting children in jail”, accused the Polish member of the EU parliament, Robert Biedron, the authoritarian  ruler. “We see Lukashenko for what he is: the last dictator of Europe still standing. He is trying to build North Korea, so the EU must get its act together and send a clear signal to Belarus.” Lukashenko is a ruler with almost absolute power and control, his parliament can only increase or decrease government spending with his permission. Nearly all judges are selected by the President. If the house of representatives  rejects his choice of prime minister twice, he has the right to dissolve it (Belarus-the last European Dictatorship, Andrew Wilson, December 6, 2011, Yale University Press)

During his interview with the BBC, the journalist tried to hand Lukashenko a video showing people emerging from a notorious detention center in Minsk with injuries they just sustained through torture.”Ok, ok, I admit it “, the dictator said, “people were beaten in the Okrestina detention  center. But there were police beaten up too, and you did not show this.” Lukashenko stated the EU Foreign Affairs chief Joseph Borell “has overstepped many red lines” (Parliament Magazine, June 9, 2021), one of the most spectacular,  before the border conflict, was the hijack of Ryan Air flight 4978, which was on its way from Athens to Vilnius, Lithuania(Reuters, May 23, 2021) flying through Belarus Air space. Air traffic control alerted the flight crew of a bomb aboard, forcing a landing in Minsk. No explosives were found, but Belarusian agents arrested one passenger, the target of their operation: opposition journalist Roman Protasevich, accused of, alleged, terrorism.

The Syrian Observer,an online news service covering Syrian news, reported on November 15 that  Cham Wings Airlines announced the suspension of flights from Damascus to Minsk “due to the critical circumstances on the Belarusian border.”Belavia”, the Belarus state airline bared Syrian, Yemenites and Iraqis from  boarding flights from Turkey to Minsk, as “Aljazeera” reported (November 12, 2021) As the border confrontation developed into a geopolitical crisis (Time, November 17, 2021) and the EU refused to negotiate with the ruler in Minsk, the regime reversed its  strategy, “Belarus sends de-escalation signals on migrant crisis”, noted “Politico”(November 15, 2021),”Minsk pledges to help thousands of stranded migrants to return home, but the situation remains perilous.” Baghdad did send a Boeing  747-400 to carry 419 desperate  Iraqui Kurdish migrants back to Erbil, on December  9, another  repatriation flight , an Airbus A 320 with 96 passengers aboard, left Minsk for Damascus. .An estimated 1000 migrants are still housed in an warehouse near the border between Belarus and Poland. CBC news visited the stranded- after three,  four months in partly freezing weather they  still dream of a miracle, the acceptance by Europe.They do not want to abandon hope, nor their space in the cold warehouse.Not even seriously ill migrants want to move to a hospital, local  Dr  Dimitry Lyakh told CBC reporter Briar Stewart (December 14, 2021)“in case Europe decides to let them in.”