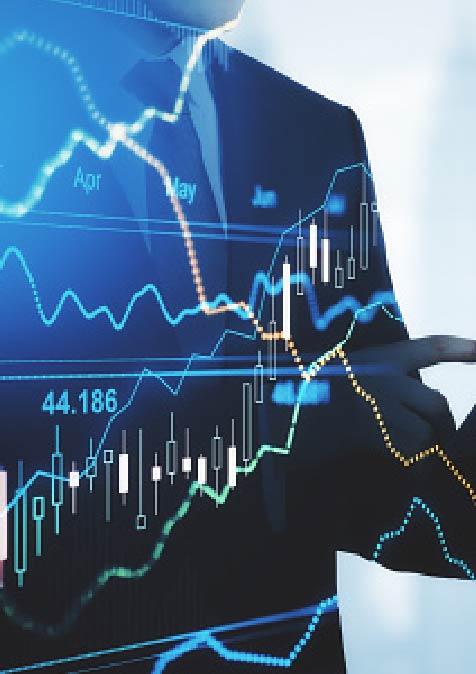 IMF Managing Director Kristalina Georgieva’s message to the Davos meeting last week referred to the upside risks of “geoeconomic fragmentation”  due to the war in Ukraine. Considering the ongoing rivalry between the United States and China and the alliance between the latter and Russia, the narratives about a West-East division in the global economy have become louder with an end and reversal of globalization.

After the 2008 global financial crisis, the belief that globalization and the transfer of manufacturing jobs to Asia would be responsible for the difficulties of progress faced by middle- and lower-income classes of some advanced countries grew among their inhabitants. That culminated in electoral victories of populist leaders like Trump, who knew how to take advantage of such sentiment. The vulnerability to shocks attributed to globalization during the pandemic, after disruptions in global supply chains began, added another argument in favor of its reversal.

On the other hand, the figures on the recent evolution of world trade, discussed in a blog from the IMF also published last week, point in the opposite direction. After the real dip at the beginning of the pandemic, foreign trade as a proportion of GDP in the second half of 2020 was already surpassing pre-pandemic levels in all regions (Figure 1).

Figure 1 – Regional rebounds from the pandemic 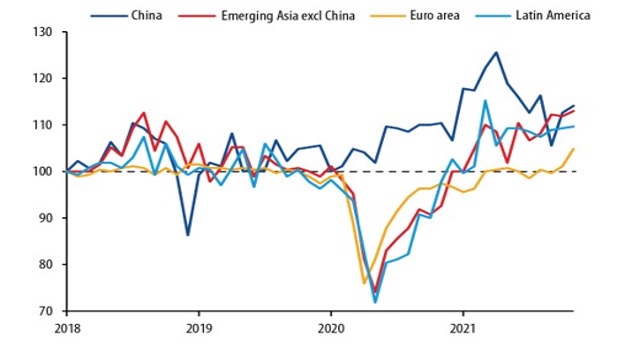 It is known that such extraordinary performance in the last two years was primarily due to two reversible factors: one, the temporary change in consumption patterns to the detriment of contact-intensive services and favor of the consumption of internationally tradable goods, during the pandemic.  Two, the expressive volume of income support and household demand in advanced economies boosting demand for imports. Were it not for the mismatch between the countries' external demand and the logistical capacity to serve them, the numbers would have been even more exuberant than those depicted in Figure 2. 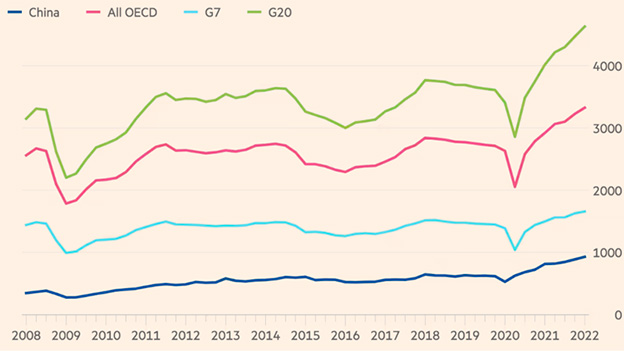 Source: Sandbu, M. (2022). “The death of globalisation has been greatly exaggerated”, Financial Times, May 26.

Although there is a projection of a relative slowdown in cross-border trade transactions in 2023, nothing looks like a retraction in the level of general trade integration globally. The drop in March numbers following the Russian invasion of Ukraine came in well below expectations. The strong correlation between industrial production volumes and global trade volumes remains high.

On the financial side, it can also be said that “the death of globalization was an exaggerated announcement”, judging by the volumes of external assets of banks in all sectors in the set of countries. They had reached a peak during the financial crisis, falling afterward, but regained exuberance from 2016 onwards. It should also be considered that non-bank financial institutions assumed greater weight in capital flows between countries after the 2008 crisis.

Well then! It can be said, in fact, that “deglobalization”, whether understood as economic segmentation between regions for geopolitical reasons or as a search for a greater degree of self-sufficiency by national economies, will take some time and has not yet started. However, there are economic reasons limiting the scope of geopolitical motivations.

Consider the argument of seeking resilience in the face of shocks that impact the integrated value chain when reaching some point in global value chains. However, the effects of local shocks would also be maximized without the existence of chains abroad.

Furthermore, the configuration of global or regional chains is not fortuitous, having appeared for reasons of cost-efficiency. Abandoning such a configuration has its costs. In many sectors, companies may incur such costs, accumulating inventories at points in the chains and/or duplicating segments of such chains at different geographic points. But the microeconomic incentives  companies face set cost-benefit limits on this calculation of giving up cost efficiency because of resilience to shocks.

What about public policies seeking to change such calculations? Tariff trade policies like Trump's have  been a burden on employment in America's  manufacturing industry — not to mention the agriculture hit by its trade war with China. The economic rivalry between allied powers will tend to be exercised through action in technological and national security sectors, such as advanced semiconductors, military and medical equipment, data privacy, and the like. Access to critical minerals for using such technologies and the energy transition will also grow as an object of geopolitics. It is also expected to be exercised in the search for influence via foreign financing and investment, as would be the case with alternatives to the Chinese “Belt and Road initiative”. For obvious reasons, Europe will also seek to reshape its energy system.

However, the reverse of globalization will not be sought in the case of foreign trade in the other items. There will be a burden for those seeking an exaggerated demarcation of what is considered “strategic”.

By the way, accelerated digital transformation has even broadened the scope for possible globalization of services. Think of the Indian doctors ready to offer international services online. Not long ago, Richard Baldwin, a professor at the Geneva Institute, suggested foreign trade in services without the displacement of people as part of “globalization 3.0”. The scope for services as an engine for development has an open road ahead.

On the Chinese side, one can assume a preference for not spilling over the globalization broth that facilitated its success in growth with structural transformation- even though it has felt the new directions in the geopolitical area and has signaled aa search for less dependence on foreign countries. Strictly speaking, we believe that not even Western sanctions on Russia will be enough for China to quickly seek some  abrupt departure from the dollar-based monetary-financial system.

One can expect slower globalization (“slowbalization”) and a greater degree of regionalization. The term “slowbalization”—slowing growth in cross-border flows—can indeed be applied to the trends for goods, capital, and people after the global financial crisis rather than deglobalization—or outright declines in cross-border flows and stocks. The increases in digital cross-border activity also strengthen the concept of "newbalization": the nature and scope of globalization is evolving in the coming years as flows may continue to slow in tangible areas, like the trade of goods, while speeding up in intangible areas, including trade in services and cross-border data flows.

It is also worth reminding those excited about the possibilities of moving segments of global chains closer to rich markets (near-shoring) and friends (“friend-shoring”) that their success cannot be taken for granted. On the day of the Russian invasion, Justin Lin, Pepe Zhang, and I pointed out five requirements for this to work satisfactorily.