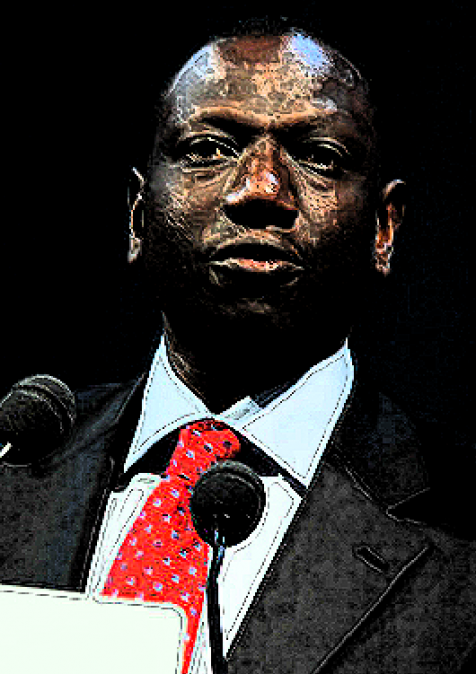 On the evening of August 15, the Kenyan Independent Electoral and Boundaries Commission (IEBC) declared William Ruto, the vice-president of the outgoing government, as winner of the presidential race. The announcement was not made in a situation of calm, as political unrest and turbulence erupted a few moments before Wafula Chebukati, the Chairman of the Electoral Commission, announced the winner’s name. For the first time since it was established by the Constitution in 2011, the members of the IEBC failed to agree on the election results. In fact, four members out of seven, led by the Vice Chairperson Juliana Cherera, said they were unable to take ownership of the declared results.  Neither the constitution, nor the IEBC Act provide guidelines in case of a disagreement between the IEBC’s members. Thus, the Supreme Court seems to be the only institution with the capacity to state in lieu of a contestation of the elections’ results.

By virtue of the Kenyan Constitution, the IEBC has a mandate to supervise the conduct of the elections and ensure they are in accordance with legislation. Its powers and functions also include   investigation and prosecution of electoral offences by candidates, political parties, or their agents. However, its prerogatives do not include settling disputes arising after the declaration of results. This must be done by the Supreme Court. A defeated candidate can go to the court to contest the result within seven days. The court may then take up to 14 days to issue a decision on either the nullification or confirmation of the election results. In 2017, Raila Odinga, after losing to then-incumbent president Uhuru Kenyatta, appealed to the Court, which ordered the nullification of the results and the rerun of the elections. The results of the second elections showed a clear victory for Uhuru Kenyatta, with 98% of the votes. Nonetheless, violent protests erupted in Odinga-supporting regions, such as the Kebira slums and the Kisumu district.

The history of post-electoral violence in Kenya haunts analysts and citizens as they await the first reactions from Raila Odinga and his supporters. The hours following the announcement of results were marked by dispersed protests that remain in scale much smaller than those of 2007 and 2017. Raila Odinga did not issue any statement until the day after, asserting that the announced results are null and void and must be quashed by the court. But he urged his supporters not take justice into their own hands.

What to Expect Next?

The election outcome was undoubtedly expected to create division between the partisans of William Ruto and Raila Odinga. The competition was very tight and some of the pre-electoral polls, such as one conducted by Pollster Tifa Research, even gave Odinga a lead. Observers also agreed that it was one of the most competitive and uncertain elections, as both candidates have strong electoral bases and allies. It is precisely this point that might have reversed the balance. Could it be that Raila Odinga paid the price of his historical handshake with the former president? Did the shifting of alliances undermine the image of Raila Odinga as a historical opposition leader, who suddenly became a symbol of the ruling government?

It is worth mentioning that for Raila Odinga to appeal the results before the court, he must compose a file of evidence that technical and procedural breaches occurred during the elections. This procedure can be lengthy and costly. If the appeal is accepted by the Supreme Court, new elections will have to be organized within 60 days.

Organizing new elections would mean huge costs and logistical challenges to run the polling stations and mobilize staff at the different voting centers. Can Kenya really afford such a proceeding? The answer is probably not. Ever since the shifting of alliances between William Ruto and former President Uhuru Kenyatta, Kenyans have been keen to avoid ethnic politics as the economic situation of the country appears to be at its worst. Mounting levels of public debt, inflation, and youth unemployment have weighed heavily on the living standards of regular Kenyans, who seem more concerned about their economic and social wellbeing than anything else.

In a context in which the economic and social wellbeing of Kenyans is placed at the heart of all concerns, the appetite and desire for new elections might seem very limited. The turnout in the official round was already lower than past years (65%), and the lagging performance of the former government leaves the new leadership of Kenya with no option but to start immediate work to address the economic and social challenges ahead.

Though the Supreme Court decided to rule in favor of Raila Odinga in the 2017 elections, the situation might differ for the 2022 elections. The four members of the IEBC who dismissed the results—Juliana Cherera, Francis Wanderi, Irene Masit, and Justus Nyang'aya—were appointed by Uhuru Kenyatta, who is an ally of Raila Odinga, meaning a potential conflict of interest. The press conference held by Juliana Cherera to highlight the deficiencies of the process was marked by inconsistencies, as Mrs. Cherera declared an error margin of 0.01% amounting for 1420 votes, but that she mistakenly counted as 142,000 votes (a considerable gap as only 233,000 votes separated the two). This error has of course been taken up by supporters of William Ruto, who have accused the dissenting four commissioners of corruption and lack of professionalism.

Should this new context lead to a different way of handling post electoral divergences in Kenya? William Ruto in his presidential speech thanked Raila Odinga and said he was ready to collaborate with all leaders of Kenya with no room for vengeance. William Ruto and Raila Odinga were once allies in the 2007 elections, when they faced the Mwai Kibaki and Uhuru Kenyatta duet. Can they prove that in politics there are no permanent enemies or friends, and that Kenya comes first, as suggested by the name of William Ruto’s alliance, Kenya Kwanza?

Only the upcoming days can bring answers to all the underlying questions around the  election results.