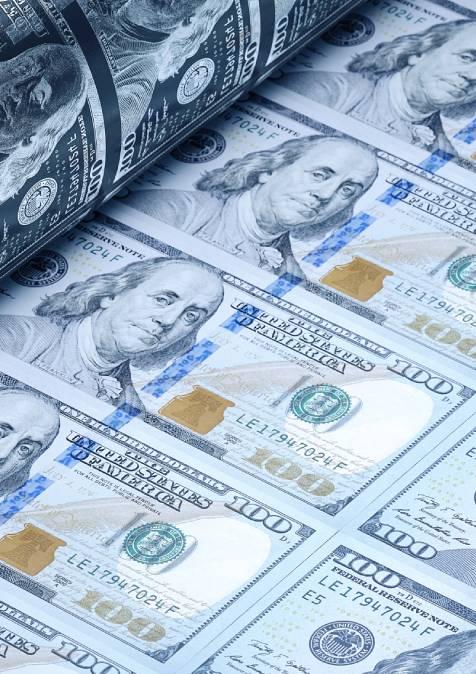 Share
Is the U.S. Economy in Recession?
Authors
Otaviano Canuto

The U.S.'s preliminary GDP (Gross Domestic Product) results for the second quarter, released by the U.S. Bureau of Economic Analysis (BEA) on Thursday, July 28, came with a drop of 0.9% in annualized terms. In the first quarter, it also showed a decline, in the order of 1.6% in annual terms, after the overheated GDP grew 6.9% a year in the last quarter of 2021.

Reduced private investment – ​​mainly residential – and public spending in the federal, state, and municipal spheres dragged GDP down in the second quarter. It is important to note that private consumption increased at an annual rate of 1% in the quarter, discounting inflation (Figure 1).

A commonly adopted convention is to call it a “technical recession” when there are at least two consecutive quarters of GDP decline. However, there are reasons to consider such a statement premature currently, even recognizing clear and undeniable signs of an economic growth slowdown at the margin.

First, these preliminary GDP figures are frequently revised. The current discrepancy between GDP and GDI (Gross Domestic Income) figures should be noted. Theoretically, the two numbers should be equivalent, as GDP measures the sum of final expenditures in an economy, while GDI adds all incomes (wages, profits, and interest payments). In practice, imperfections in statistical collections and data sources allow differences between them, even if adjusted sometime later.

Well then! At this moment, the difference between them has no historical precedent, and the GDI, in the first quarter, came with a positive number, while the GDP fell (Figure 2). According to a study by Jeremy Nalewaik, a former economist at the Fed (Federal Reserve), estimates of GDI in general point to where GDP is revised.

In addition to the revision of GDP data, it must be considered that economists prefer to look at a set of indicators broader than the two quarterly GDPs of the “technical recession”. As suggested by the resilience of private consumption in the second quarter, the labor market remained tight. This tightening, by the way, was cited by Fed President Jeremy Powell when denying that the economy is already in recession during the interview Wednesday, July 27, after the Fed meeting that decided to raise its primary interest rate by 75 basis points to the range of 2.25-2.5%.

In June, 372,000 new jobs were added, and the unemployment rate stabilized at a historically low level of 3.6%. Although increased compared to the pandemic period, we must consider that the labor force participation remains low. There were approximately two vacancies available for every unemployed person, making this one of the tightest job markets in recent history (Figure 3).

Figure 3 – Current U.S. labor market is much tighter than in the past three recessions

Two other indicators released Friday, July 29, reinforce the point about the tight situation in the labor market while also indicating reasons for the Fed to be concerned about the need to tighten its monetary policy further. The Employment Cost Index (ICE) report, which tracks wages and benefits paid by U.S. employers, showed that total pay for civilian workers during the second quarter increased by 1.3%, up by about 5.1% in twelve months. In addition, the “core” price index of personal consumption expenditures (PCE), which leaves out volatile items like food and energy and serves as the Fed's primary benchmark, rose 0.6% in June, up 4.8% year-on-year.

Last week also had the Fed meeting and Powell's subsequent interview on Wednesday, after which equity markets went up despite the interest rate hike. The month of July ended up positive in these markets, after a first half of the year in which U.S. stocks suffered a decline not seen in half a century (Figure 4). How to explain?

Markets have come to assign a high probability that the Fed will “pivot”, and reverse its tightening direction, given signs of an economic slowdown. “Bad news for the economy is good news for the markets”, became a motto.

On the one hand, Powell fueled this belief when he said in the interview that the basic interest rate was entering its “neutral” range, that is, the one that, in a broader time horizon, does not take away or add demand stimulus to economic activity. On the other hand, such a “neutral” rate assumes that inflation converges to the 2% that constitutes the Fed's average inflation target, in addition to clearly still needing something between 0.50% and 1% more to get there. Additionally, in the same interview, Powell said that the level of economic activity would have to go through a period below its potential for inflation to evolve to the target, which would require interest rates to remain above the “neutral” level for some time.

A chart presented by Robert Armstrong in his Financial Times article of July 28 illustrates the mismatch between Fed and Federal funds rate market projections (Figure 5). It compares what the Fed members projected last June for the Fed funds rate with market expectations derived from the futures market. The market looks much more dovish than the Federal Open Market Committee members.

The paradox is that, with the improvement in financial conditions expressed in stock prices, in addition to the signs of downward rigidity in core inflation showed last Friday, the Fed should be forced to tighten more, given that its priority is to lower the inflation even at the cost of a recession. It seems premature to bet on such a "pivot" by the Fed, and this recent refreshment of stock and bond markets tends to be reversed.

Strictly speaking, the tug-of-war between the Fed and the markets will remain fierce in the future ahead, with two points remaining unclear: if the economy does indeed fall into a recession, how shallow or deep will it be? How rigid downward will the inflation rate measured by its core turn out to be?

A lot will happen between now and the next Fed meeting in September, including news on inflation (and GDI at the end of August). In my opinion, as of today, the question is whether the Fed will raise its rate by 0.50% or 0.75%. Stay tuned!