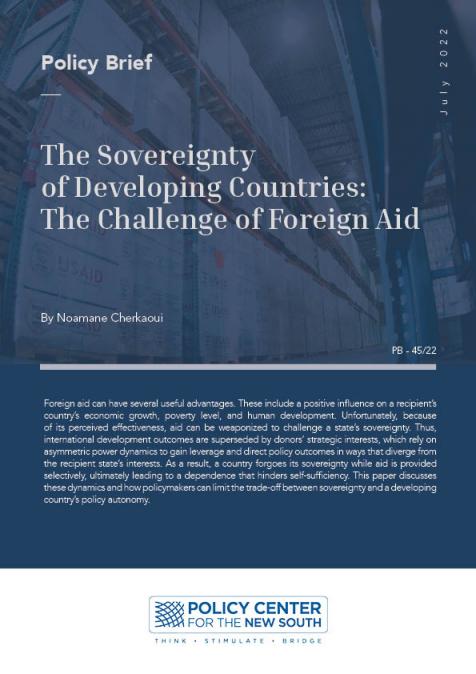 Foreign aid has a well-established and significant role in international relations. The role of foreign aid in the repertoire of international development programs is extensively documented, with its goal being the promotion of human and economic development. Foreign aid can be defined as “all forms of assistance that a country derives from other governments or multilateral agencies and financial institutions to fill noticeable gaps, especially in production, savings, and investments; it takes diverse forms such as grants, loans, foreign direct investment (FDI), joint ventures, and technical assistance” (Omotola and Saliu, 2009, p. 88). Foreign aid offers numerous benefits, including a long-term positive influence on economic growth (Karras, 2006), and its function in reducing poverty has been acknowledged (Mahembe and Odhiambo, 2018). There is also evidence that aid improves human development and infant mortality prevention outcomes (Gomanee et al, 2005, p.299), making it a popular tool (Figure 1). However, given that foreign aid is “anything but simple” (Ridell, 2008, p.1), it is associated with several drawbacks. For instance, the provision of aid can facilitate opportunities for corruption and bureaucratic misconduct, which can threaten good governance (Booth, 2012). If this happens, foreign aid can play a hostile role that diverges from its purported purpose, especially considering that evidence indicates aid can have the consequence of increased inequality vis-à-vis income distribution (Herzer and Nunnekamp, 2012). Furthermore, poor quality institutions (Kabir, 2020) can reduce further the effectiveness of foreign aid—a consequence made especially stark given that many developing countries are characterized by institutional deterioration. This forms an important backdrop to claims that corruption has increased due to foreign aid, which can be fungible by nature because of its possible utilization by recipient states for a variety of unintended purposes (Mahembe and Odhiambo, 2018).