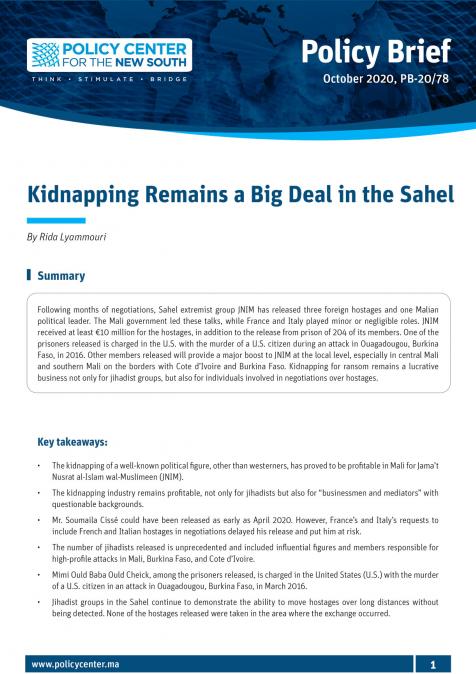 Following months of negotaitions, extremist group JNIM released three foreign and one Malian political leader hostages. Malian government led these talks while France and Italy played minor role, if any at all. JNIM received at least €10 million in addition to 204 of its members released from prison. One of the prisoners released is charged in the U.S. with the murder of a U.S. during Ouagadougou, Burkina Faso attack in 2016. Other members released would provide a major boost to JNIM at the local level, especially in central Mali and southern Mali on the borders with Cote d’Ivoire and Burkina Faso. Kidnapping for ransoms remains a lucrative business not only to jihadist groups, but also to individuals involved in talks.