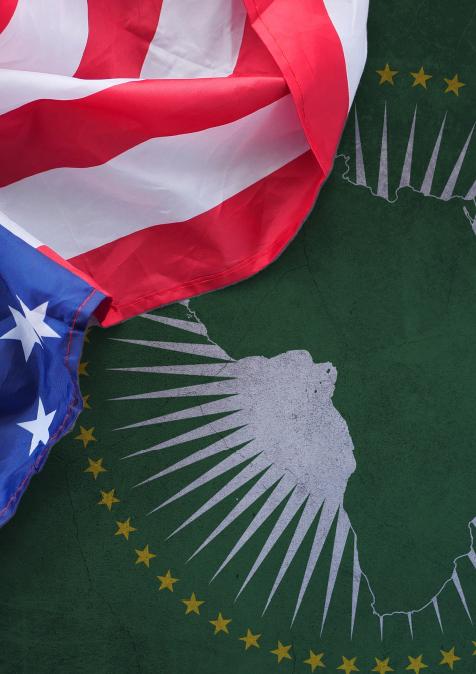 Share
Africa is on the wave
Authors
Helmut Sorge

The White House  classified the speech as “remarks by President Obama to the People of Africa”, their representatives gathered at Mandela Hall, Addis Ababa,  Ethiopia, July 28, 2015.

It was the first address by a US-President to the African Union. He was standing before the audience as “a proud American” and “the son of an African”. His father, Barack Hussein Obama, who grew up near a small village in Nyanza Province, Kenya, won a scholarship to study economics and made history- the first African student admitted to the University of Hawaii. He married a white student from Kansas, Ann Dunham, and had a son- Barack Obama. He hardly remembers his father, who returned to his native land after his divorce and died in a car accident in 1982.

Barack Obama thinks of his grandfather with fondness, “a cook, a domestic servant to the British, with having larger dreams for his son “- Obama’s father, buried in Kenya.”

Africa and its people helped shape America and allowed it to become the great nation it is. And Africa and its people, Obama declared that historic day in Addis Ababa, “have helped shape who I am and how I see the world”…Today, Africa is one of the fastest growing regions of the world. Africa’s middle class is projected to grow to more than one billion consumers with hundreds of millions of mobile phones, surging access to the internet, Africans are beginning to leapfrog old technologies into new prosperity.

Africa is on the wave; a new Africa is emerging.

Reason enough, no doubt, for Washington to face the challenge, to invest in this continent of 54 nations, and Obama worked, as he claimed “to transform America’s relationship with Africa”, ready to assist with investments” that will help fuel Africa’s rise for decades to come.”

Just some six years after Obama’s optimistic vision for the African continent, Hisham Aidi, reflects   in his thoughtful Policy Brief for the “Policy Center for the New South (December 2021) on “Africa and the decline of American Primacy. ” In his Addis Ababa speech Obama declared that it was obvious “the United States isn’t the only country that sees your growth as an opportunity “, but he warned “economic relationships can’t simply be about building countries infrastructure, with foreign labor or extracting Africa’s natural resources”- China, which Obama did not need to mention by name.”

The new security competition taking place in Africa shows that the post 1990 area of unchallenged American preponderance is coming to an end”, writes Aidi.

The US enjoyed rapid economic growth and technological advancement during the 1990’s, and with the collapse of the USSR, it faced no competing ideological project. As the anchor of the post-Cold War institutional order, the US (and its allies) had a monopoly on patronage to the developing world. The balance of power situation and alliance system in Africa is shifting over the past twenty years, like their Latin American counterparts, African states have begun moving out of America’s orbit.

Today, the Policy Center for the New South Africa expert says, “China and Russia are providing an alternative to the West, launching regional organizations and supporting illiberal transnational networks that counter American influence. It is worth recalling that in April 1997 the Chinese president Jiang Zemin and the Russian president Boris Yeltsin promised “to promote the multi-polarization of the world and the establishment of a new international order.

Twenty-five years later, this vision seems to become a reality. In her extensive study on “Major Power Rivalry in Africa” Michelle D. Gavin, senior fellow for African studies at the Council on Foreign Relations, former special assistant to Barack Obama and senior director for Africa at the National Security Council, stated (in May 2021):”The Joe Biden administration, and all major powers, face the same facts: by 2050, a quarter of the world’s population will be African,  and the continent’s youthful and growing labor force- the largest in the world by that point-will stand in stark contrast to the aging populations of other regions. That human capital will increasingly become the most essential feature of Africa’s global profile, although Africa’s natural resources, including cobalt and other rare earth metals critical to humanity’s technology-driven future, will remain relevant. No entity aiming to influence global affairs in the decades to come can afford a passive Africa strategy.”

The Biden administration, states Michelle D. Gavin, “is inheriting narratives about the United States in Africa that focus on waning commitment, a jealous obsession with China, and unforced errors, such as Trump’s widely reported disparaging characterization of African states (“shithole countries”), travel bans and proposed regulations barring Africans, including students accepted in US universities, from the United States.

Year after year, the Trump administration’s budget requests proposed massive cuts in foreign assistance, both bilateral and through the United Nations and other multilateral agencies, that would likely affect Africa more than any other region. ”Despite its long history of investing billions of dollars in strengthening health systems and fighting infectious disease in Africa, the United States has suffered from ineffective messaging, its own domestic dysfunction, and a self-defeating obsession with vilifying China”, deplores Michelle D.Gavin.

”Since surpassing the United States as Africa’s largest trading partner in 2009, China’s trade with the continent” has come to dwarf that of any other single country”, notes the Africa expert of the Council on Foreign Relations, “Chinese financed infrastructure projects are ubiquitous throughout Africa, from roads to rail to ports to power plants; China is bankrolling prominent, often promising projects that make tangible differences in the economic opportunities available to Africans.”

During the same period, bilateral trade value between China and Africa increased from 155 billion to 185 billion dollars. ”Due in part to changes in energy markets and a slowdown in African growth”, confirmed Michelle D. Gavin, “US trade with and investment in Africa have declined significantly over the past decade, now accounting for less than 1.5 percent of US global trade and less than one percent of US foreign direct investment.”

In his study for the Policy Center for the New South, Hisham Aidi writes that despite the Biden administration’s attempt to shift the tone and reset policy towards Africa, ”the continent still gets little attention from the American foreign policy establishment. When it does, it is viewed through the prism of security and containment.” Yet, even if Washington focuses on terrorist movements like Boko Haram in Nigeria or affiliates of Islamic State and Al Qaeda throughout the Sahel, sending special forces on secret missions into Mali, Niger or Burkina Faso, its radius is limited and stretched. Some 7000 soldiers are on the ground, a few thousand more than France has deployed for its antiterror combat in Mali and neighboring states. The US maintains just one permanent military base on the continent- Camp Lemmonier in Djibouti, and that hub for African missions has a particularly attentive neighbor: China’s only African military installation, active since 2017. Washington is set to maintain the US military’s 27 operational outposts on the continent, from Manda Bay in Kenya to Agadez in Niger, the Africa Command (AFRICOM) whose headquarter is based in Stuttgart, Germany. US navy ships are active in anti-piracy operations to keep sea lanes open off the African coast, essential for global commerce.

The US is also establishing a presence in other strategically important regions, reported CNBC (September 13, 2021), such as the Red Sea and the Gulf of Guinea: ”Some 330 million dollars is reportedly being spent by 2025 on US military base construction and related infrastructure projects, while AFRICOM is drawing up a 20 year strategic plan.”

In her study “Major Power Rivalry in Africa”, Obama’s former special Africa advisor and US ambassador in Botswana confirms: ”The Biden administration anticipates friction with China in Africa…. The prospect of proxy conflicts is not just hypothetical; in the increasingly militarized, highly combustible Horn of Africa, they will be tremendously challenging to avoid.”