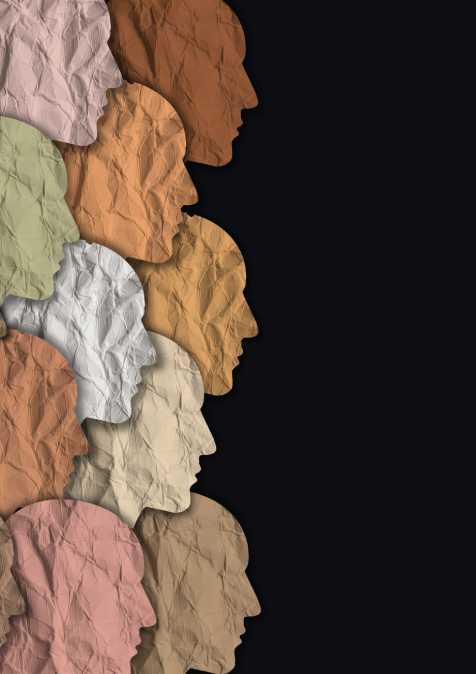 Share
The voice of the voiceless
Authors
Helmut Sorge

It was a grey day with a drizzle here and a drizzle there when mourners gathered at St George’s Cathedral in a usually sunny Capetown to pay their last respect to the Arch Bishop Desmond Tutu, the moral force against Apartheid struggle in South Africa was subdued and thoughtful as human beings when death and a rendezvous with eternity have been called.

South Africa’s president Cyril Ramaphosa led his nation and the world in remembering Tutu. He described him as “our moral compass and national conscience”. The new agency Reuters (January ,1 2022) called him, “a hero of the struggle against apartheid.” For his courage and devotion in the freedom struggle of the black majority against white oppressors, the ruling minority. For his effort the Nobel Committeee bestowed Tutu with a Nobel Peace Prize in 1984.

The Dalai Lama, head of the order of Tibetan Buddhists and spiritual leader of Tibet, became one of his close friends, though he was unable to attend the funeral because of his advanced age, 87, and difficult travel conditions in the time of the virus.

No other African nation recorded more Covid-19 deaths than South Africa, 95 288 citizens by February, 2, 2022, about 40 percent of Africa’s victims.

Elita, widow of South Africa’s last racist and repressive (apartheid) government, Frederik W. de Klerk( who died of cancer last November), was among the mourners, as were Tutu’s daughters, of whom  Mpho sacrificed her Anglican priesthood to marry her female lover.

Nelson Mandela, whose gallant struggle for the liberation of his people from apartheid made him a global icon of resistance, and the first black President of South Africa (1994- 1999), did predict, that his friend, the humorous and witty friend Tutu, would always be “the voice of the voiceless”( Reuters, January 1, 2022).

Mandela, Tutu, are symbols of South Africa, the rise and fall of apartheid, the return towards dignity. Mandela, Tutu, the priest, and the lawyer united in a dream, as was their brother, the clergyman Martin Luther King, some shores far away, his own history linked with the South African freedom fight. Mandela, declared South Africa’s white poet Nadine Gardiner, a friend, occupied “the epicenter of our time”, willing to endure 27 years of incarceration in sinister prisons like Robben Island, acclaimed not as a figure “caved in stone, but a tall man, of flesh and blood, whose suffering “, Mrs Gardiner stated (Guardian”, July 14, 2014) “had made him not vengeful, but still more human-even toward the people, who had created the prison that was apartheid.” One of whom was De Klerk, whose widow was praying at Tutu’s casket, possibly asking for forgiveness.

The majority of the nation’s estimated 60 million are excluded from equality, repressed because of the color of skin, an evil system of segregation approved by the ruling white minority and known, in the white language of Afrikaans, as “separateness. The systems were nothing less than social segregation, exclusion, without rights or power, buried alive in “homelands”, without home or future. More than three decades ago, apartheid laws were repealed, in 1993 a new constitution was passed, and a year later, all-race elections resulted in a coalition government with a black majority, a black President, Mandela (who died in 2013).

Tutu, the fearless Archbishop, never ceased to fight for a “Rainbow- nation”, in which all races in post- apartheid South Africa could live in harmony.”(Reuters, January 1, 2022). A dream, another one of those dreams, because time has consumed hope, corruption damaged trust and confidence in equality, justice for all and politicians. Wealth was not redistributed, water is not available for all, and trust is drying out like wells, which are not repaired.

In its “World Report 2022” “Human Rights Watch”, a New York based international human rights organization stated :” South Africa failed to take meaningful measures to improve protection of social and economic rights, which has been undermined by widespread unemployment, inequality, poverty,the government’s response to the Covid 19  pandemic, and corruption.”

In his Policy brief (December 2021) published by the Policy Center for the New South in Rabat, Hisham Aidi, who received his PhD in Political Science from Columbia University, New York, states that “while democratic governance has declined across Africa, demand for popular democracy remains strong across many African countries. Not so in South Africa: not only has democratic governance declined, support for democracy as the best system of government also fell from 72 percent in 2011 to 40 percent in 2021. ”After almost three decades of majority-black government, the World Bank considers the nation as “the most unequal country in the world” writes Aidi. “The richest 10 % hold 71% of the wealth. More than half of the country’s population, around 55.5 percent, live in poverty. The pandemic has also hit the South African economy very hard, so that the country is undergoing its deepest recession on record.

Economist Thomas Piketty’s “World Inequality Lab” has written in a report, quoted by Aidi in his “Policy brief,” that there is no evidence that wealth inequality has decreased since the end of apartheid. Asset allocations before 1993 still continue to shape wealth inequality- with 3500 adults owning more than the poorest 32 million people in the country of 60 million.

”When in June 2021 South Africa’s Constitutional Court  sentenced former president  Jacob Zuma  to 15 months imprisonment for contempt of court, because he  refused the court order to appear before a judicial  Commission of Inquiry and answer questions about  allegations of state capture, corruption and fraud in the public sector, all hell broke loose.

Zuma followers and others pretending to be upset by the court ruling, provoked violent riots and massive looting- 300 people died, an estimated 3.4 billion dollars in damage was registered. President Cyril Ramaphosa labelled the violence an attempted “insurrection».

Zuma, who reported to jail July 8, was released after just two months of incarceration for medical reasons. Hisham Aidi says in his report for the “Policy Center for the New South” that “commentators quickly pointed out that while Zuma’s arrest may have triggered the unrest, the underlying cause was South Africa’s deep inequality, exacerbated by the Covid 19 pandemic.

”The “National Executive Committee” of  the ANC party, the “African National Congress”, led by Nelson Mandela from 1991 to 1997, focused in a major report, published January 8, 2022 (“The year of unity and renewal  to defend and advance  South Africa’s democracy”) confirmed that the national economy has been  severely damaged, millions are without work and rely on social support for survival. The rate of economic recovery, while better than anticipated, has not been optimal, and the resources needed to address challenges of poverty, unemployment, and inequality have been inadequate. Women and young people, in particular, have borne the brunt of this adversity. ”In their report, the Mandela party assumes that evil forces are plotting to destroy South Africa’s democracy.

“While the ANC received a clear mandate to govern in the overwhelming majority of municipalities, our overall share of the national vote fell below 50 % for the first time since the advent of democracy, in elections characterized by very low voter turnout.” Unnamed enemies of national democracy are menacing not only the stability of the ANC, but the democratic gains of the nation, “by a concerted effort to destroy the institutions of our democratic State, to erode the values of our Constitution and to undo the social and economic progress made.

This worrying confluence of subverting actions is manifested by the blatant acts of State capture and criminality… the concerted campaign of public violence and destruction that took place in July last year, as well as ongoing acts of wanton theft, destruction and obstruction of vital public and private infrastructure, including communication and logistical networks.”

The rain and tears at Tutu’s funeral reflect, no doubt, the present mood of South Africa- sober, reflective, concerned. The Archbishop was not buried in a casket. No, he will be cremated and his funerary urn placed with his ashes behind the Cathedral’s pulpit, modest, just like the hero himself.