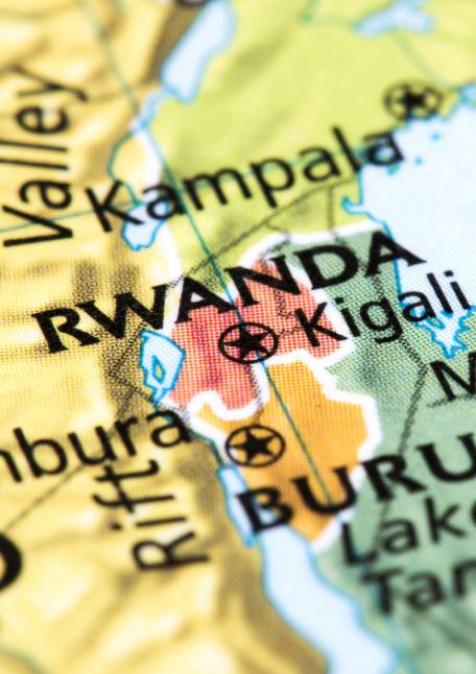 Share
Troubling echoes of the imperial past
Authors
Helmut Sorge

8560 kilometers to Berlin. The capital of Hitler-Germany, where advisors of the dictator prepared a sinister scheme. Madagascar was the project, the French colony, located 230 miles off the African continent, in the southwestern Indian Ocean, to be precise. Europe’s Jews would be transferred to the African island, one million citizens each year. In four or five years the undesired population would have been settled in a police state governed by the inhuman SS, Hitler’s beloved troops of terror.

Madagascar plan never turned into reality.  In the end the “final solution” was the genocide of Jews, in concentration camps. Moving undesirable humans to shores far away, is part of history, Australia comes to mind, the distant continent, part of her Royal Highness’ empire, in its early years was used as a  British penal colony; the French governments exiled and imprisoned political enemies and criminals in the South American colony, Guiana, where between 1852 and 1953 about 80 000 convicts were imprisoned on Devil’s Island .

The majority of the prisoners never returned to France; malaria, ruthless guards, and hunger killed them.

The cruelty is not comparable, but sending undesired people to distant, often to inhumanelocations  islands like Papua New Guinea, secret prisons off the shores of Libya, or detention centers paid by the European Union in East African Rwanda, is a reality today.

A few months  ago, the British government signed a deal with Rwanda- the most densely populated country of Africa, to resettle foreign nationals who illegally crossed the channel from France into Britain and the UK as stowaways in refrigerated trucks or on small boats, which often are inflated dinghis.

Britain made a down payment of 156 million dollars for a five-year trial period of the “Asylum Partnership Agreement”. The Rwanda government, in return, will allow the deported asylum seekers   to remain for at least five years,  integrate and settle in Africa - 6500    kilometers distance from their dream named Britain. No illusion is possible.

These migrants arrive with a one-way ticket. And will never be admitted to the UK. Ever.

The UNHCR, the UN refugees Agency, protested April 14, 2022  that “people fleeing war, conflict and persecution deserve compassion and empathy, and should not be traded like commodities and transferred abroad for processing.”

“Whatever its deterrence or relocation outcomes”, stated the Migration Policy Institute Europe, based in Brussel’s April 2022 “the UK -Rwanda arrangement will have far reaching implications, possibly destabilizing the norms and architecture of the post-world war II protection system.” Indeed, other European countries, “most notably Austria and Denmark, have eyed the option of offloading the responsibility for asylum seekers to third countries; the UK -Rwanda arrangement shifts this policy ambition from a so far theoretical, still abstract, option to a seemingly tangible, ready to go program.”

” If the UK Rwanda deal survives expected legal challenges, predicts the “Migration Policy Institute Europe “and becomes operational, “the damage to the DNA of the post wold war II protection system can hardly be overstated.” Not only does it derogate from, and openly questionthe principle of territorial asylum, the right to access the (national) asylum process upon setting foot on land, but it also advances the idea that states can pay to cast off the responsibilities they signed up to under the 1951 Geneva convention.”

However, this attempt to remove the immigration process offshore”, writes Parvali Nair, professor of Hispanic, in “The Conversation” (April 22, 2022), cultural and migration studies at “Oueen Mary University of London”, “is not unique. It is part o a wider strategy deployed by the powerful governments of richer nations, from Australia to the EU, to discourage unwanted arrivals by creating conditions that are hostile or inhuman.” Professor Nair: “Comparing the Rwanda deal with the safe haven opened up to Ukrainian refugees in recent weeks, it is clear that UK immigration policy is biased in terms of race, religion and skill set.”

Another extreme example of a misguided immigration solution: until 2014, Australia sent thousands of migrants to offshore processing centers in Papua New Guinea or the Pacific island state of Nauru,  thousands of kilometers onto the Pacific, 10 000 inhabitants, no port, the population is existing on tuna fishing and some phosphates, and financial support by Australia to deal with the unwanted foreigners arriving by boat- and then they are forgotten.

The policy failed to deter migrants, said  Madeline Gleeson , ( Voice of America , April 21, 2022) a senior research fellow  at the Kaldor  Center for International Refugee Law at the University  of New South Wales in Sydney

The migrants were held indefinitely; some have been detained for seven, or eight years, driven into despair and suicide.

Only after the Supreme Court of  Papua New Guinea  (“The  Guardian”, October  6, 2021), declared the detention on its  Manus Island  was illegal  and ordered Australia to pay  70 million dollars to the still  unlawfully detained migrants

Did the government in Canberra order the closure of its island facilities and offer the more than 100 remaining migrants asylum -not in Australia, mind you, but on the Pacific islands.

Or perhaps New Zealand, which was ready to settle some of the desperate detainees the government insists to this day that Australia’ s “strong border protection policies -including regional processing- have not changed.

Anyone who attempts to reach Australia illegally by boat, will be returned, or sent to Naura”, the tiny tropical rock in the Pacific, and warehoused indefinitely at the end of the world.

Senator Nick McKim, (“The Guardian, October 10, 2021) member of the Australian Green Party:” While offshore detention in Papua New Guinea will end, perhaps its most shamefully legacy is the adoption of the same brutal policies and rhetoric in so many countries around the world “’.

The EU is in talks ,via its border and coastguard agency “Frontex”, with the government of Niger to establish frontier zones on African soil. With the support of the International Organization for Migration, reported “The Conversation” the aim is to keep undocumented people there while their cases are processed. Research shows that plans like these are a strategy of empowerment for already powerful nations.

They allow them to offload, back to poorer countries, unwanted migrants, especially those from outside Europe.” Rwanda accepted illegal migrants, who were imprisoned in Libya, some of the 12000 people in 27 prisons and detention facilities across the North African nation.

They are housed in a camp outside the capital of Rwanda, Kigali, paid by the EU until solutions are found.“ Many of those detained are refugees or migrants traveling across the Mediterranean sea to Europe, “ stated UN Secretary General Antonio  Guterres in a UN report,  (The Hill, January 17, 2022)“and were ordered to return to Libya by the nations coast guard.”

The Secretary General did not accuse the European Union of financing and training these naval units, ordered to stop anyone climbing onto a boat and heading for Europe.

The UN  counted, as of December 2021,  30990  migrants and refugees ordered by the coast guard to return to shore, which is almost three times the total number of people who returned in 2020.Some of these unfortunate migrants escaping inhuman confinement in Libya are now “parked” as” Spiegel online” (April 30, 2022 ) writes, forced to deal with a routine they know well- waiting, possibly soon joined by those, who are desperately risking their lives to cross the  English channel, and at the end of their desperate journey forever ending up in a nation most known for its beautiful gorillas.

28 000  migrants and refugees crossed the channel last year, up from 8500 in 2020. In 2022 more than 4500 migrants, confirmed Henry Ridgwell, reporter of the “Voice of America” (April 21, 2022), moved illegally from   France to Britain, “four times more than the total this time last year.”Migrants, who survived the dangerous channel crossing in 2022, will be eligible to be deported to Africa as long as they are unmarried and male.

The UK government is desperate,  ready to jail thousands who illegally cross, and ready to deport hundreds, if not thousands, hoping to convince asylum seekers to stay away from UK shores.

Just until a few days ago, the contested   African asylum plan seemed to be accepted by the courts, rejecting appeals by human rights groups. Judges of the highest court, appeal courts, all accepted the  plan, Prince Charles, the future British  king, described as “appalling.” Finally, seven asylum seekers were buckling up in their seats, destination Rwanda. “At the 11th hour”, (CNN, June 15) the “European Court of Human Rights”, intervened, the flight was cancelled. On the Tuesday of the same week 444 asylum seekres crossed the channel, hardly frighten by the Rwanda horror story. (Sky News, June 18).