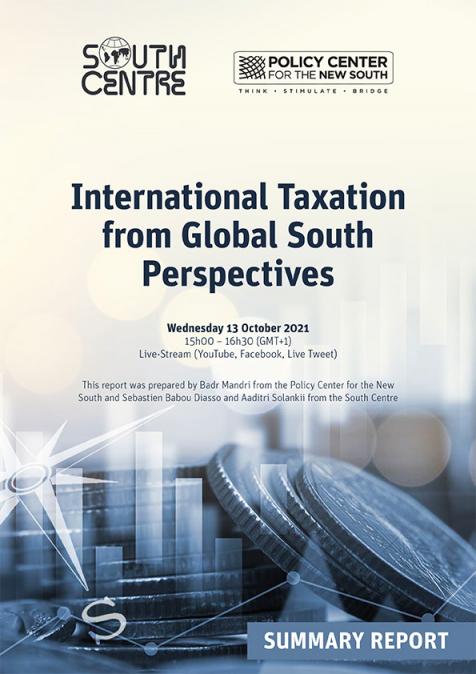 South Centre (SC) in collaboration with the Policy Center for the New South (PCNS) organized on October 13, 2021, a webinar on the issue of International Taxation from the Global South perspectives.
Tax revenue mobilization plays a key role in financing the economic and social development of countries. When well designed and implemented, tax policy can help developing countries raise revenue and increase their spending, especially in the social sector. Indeed, tax revenue as a share of GDP represent only 15% to 20% in low and middle-income countries, because of obstacles such as the imbalanced and complex international standards designed for developed countries, and the difficulties in collecting taxes in developing countries.
This webinar addressed keys questions such as:
• What reforms to international standards are needed that can strengthen the capacities of governments to raise revenue from multinational enterprises (MNEs) without discouraging economic activity?
• What is the cost of tax havens for developing countries and what role can international cooperation play in dealing with this issue?
• What might the future of tax reform look like in the post-COVID-19 era, given the growing digitalization of the economy?