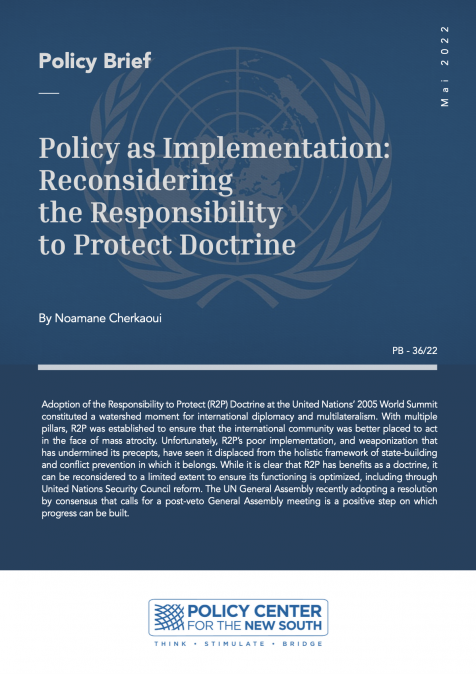 Adoption of the Responsibility to Protect (R2P) Doctrine at the United Nations’ 2005 World Summit constituted a watershed moment for international diplomacy and multilateralism. With multiple pillars, R2P was established to ensure that the international community was better placed to act in the face of mass atrocity. Unfortunately, R2P’s poor implementation, and weaponization that has undermined its precepts, have seen it displaced from the holistic framework of state-building and conflict prevention in which it belongs. While it is clear that R2P has benefits as a doctrine, it can be reconsidered to a limited extent to ensure its functioning is optimized, including through United Nations Security Council reform. The UN General Assembly recently adopting a resolution by consensus that calls for a post-veto General Assembly meeting is a positive step on which progress can be built.