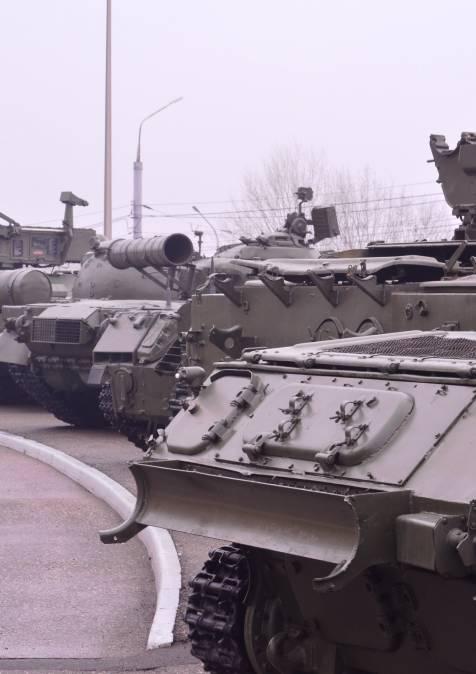 The “Sparta II”, a cargo ship leased by Oboronlogistika to the Russian military, was on its way from Tartus to the Black Sea harbor Novorosslysk. No tanks were sighted, or Russian fighter jets, just these trucks, but   the moderate value of the cargo, noted Bloomberg reporters,  “underlines the Kremlin’s efforts to tap resources for the invasion… as supply lines strain  under the pressure of Europe’s largest military campaign since World War II.”

Ukrainian Armed forces liberated thousands of square miles during the last months,; the Pentagon estimated 80 000 wounded or killed Russian soldiers (Bloomberg), far more than the 15000 uniformed victims in the Russian ten-year struggle in Afghanistan. Supplies are dwindling with such speed that Moscow is supposedly ordering ammunition and military equipment in North Korea, one of the poorest nations on earth. The Russian purchase of weapons from North Korea, noted Robert Hart in “Forbes”(September 6, 2022) is a “sign of  Moscow’s growing international isolation as Putin taps rogue states to shore up struggling military supply lines. “Although Pyongyang   denied the Moscow deal (which was leaked by a US government official), Mason Clark, who leads the Russia team at the Washington DC-based “Institute for the study of War”,    told the “New York Times” ( reported by Forbes) the Kremlin should be alarmed that it has to buy anything  at all from North Korea.”  NBC NEWS revealed (August 30, 2022)” Mohajer-6 “ and “Shahed”  drones have been loaded on a military airfield in  Iran onto Russian cargo planes; the Kremlin’s military leaders have failed to develop combat drones able to strike targets behind enemy lines.

A troubled performance on the battlefield

Russian and Iranian military and intelligence officers have worked closely together in Syria in support of the Assad regime, yet Iran’s decision to provide weapons to Russia for a war in another region,   John Brennan, a former CIA director, told NBC was “unprecedented.” The Russian /Iran cooperation “really demonstrates some desperation on the Russian side”, a senior US administration official said “in terms of the state of their military”, which demonstrates, NBC stated, “a troubled performance on the battlefield in Ukraine.” A challenge Moscow is trying to control with desperate methods: Russian military recruiters are visiting the nation’s prisons, offering criminals liberation once they had fulfilled (and hopefully survived) voluntary front line duty of at least six months or more.

Just three weeks into September, Putin called for immediate service of Russian reservists, for now, an estimated 300 000 veterans, and ordered these soldiers to remain in Russia until called for duty. Thousands demonstrated against the order; others tried to escape, many by car across the Russia/ Finland border.

Online connections for tour operators offering vacations in Turkey or Dubai have been cut-some veterans are expected to report to the barracks immediately. The war finally reaches civilian life in Russia, the terror of combat, death, tears of loss, the destruction of several thousand tanks and armored vehicles, enough that” Russia is scouring the globe for weapons to use against Ukraine”, wrote Alberto Nardelli, Alex Wickham and Jennifer Jacobs in their report for” Bloomberg”.”

While Ukraine has received billions of dollars from the US and Europe to help defend itself, Russia must rely on its resources to support front line forces amid reports of extreme losses…. “So desperate Moscow’s military leaders seem to be, that they are forced “to dip into stocks of older equipment, including decades-old T-62 tanks.”   US undersecretary of defense for policy, Colin Kahl, believes that” Russia had used up a significant percentage of its precision-guided munitions, including air and sea-launched missiles and lost as   many as 4000 tanks and armored vehicles.”

Even the Pope in Rome pardons the arms dealers, politicians, and weapon manufacturers for their bloody business, stating that “supplying weapons to Ukraine is morally legitimate for self-defense”( Reuters, September 16, 2022) More than 25 nations plus the European Union, researched the Washington DC based “Forum of the arms trade” ( September 2022),   part of the  “Arms Control Association”, has delivered weapons to Ukraine, even far away nations as Australia, or Japan which did send some bulletproof vests and helmets,  Europe’s Luxemburg supported Ukraine with some Jeep Wranglers 4x4 and 15 military tents. The European Union, in an “unprecedented move” “Deutsche Welle” ,reported( march 1, 2022 ), is financing the purchase and delivery of arms and weapons to Ukraine.

The EU treaties do not allow it to tap in its typical budget for military purposes. Instead, the bloc is activating a “European Peace Facility” vehicle, which enables it to provide military aid up to a ceiling of five billion Euros. As of September 15 of this year, Washington alone has given Ukraine 15. 8 billion dollars in security aid (info@forum arms trade. Org).” We are going to support Ukraine as long as it takes”, promised US President Joe Biden at a press conference during the NATO summit in Madrid (‘Aljazeera, July 2, 2022).

The US is giving the Ukrainians “ the capacity “to continue to resist Russian aggression. “I don t know how it will end, but it will not end with a Russian defeat of Ukraine in Ukraine.”

On August 24 the US announced additional security assistance of 2.9 billion dollars, including the “National Advanced Surface to air missile system” NASAMS; on September 8, Washington promised another delivery of  676  million dollar’s worth of military hardware, and requested from Congress an authorization  of an additional 2.5 billion dollars in “Foreign Military Financing” for assistance of Ukraine and 17 other nearby countries.

Much of the equipment send by the US to Ukraine, confirmed C.Todd Lopez in a newsletter of the Department of Defense in Washington DC (DOD news, September 9, 2022) send to Ukraine, some 12.5 billion worth, has been provided as part of” Presidential drawdown  authority”, meaning that missiles like Javelin or Stinger,  HIMARS rocket launcher systems or unmanned aerial systems  like Switchblade  , can be pulled  directly from existing US inventory and be send overseas, or the Ukrainian allies are receiving urgent needs now from US bases in Germany , Italy or the UK.

An avalanche of weapons, a mix of sophisticated surface-to-air missiles, High mobility rocket systems, which can fire up to six missiles simultaneously at targets 70 kilometers, radar, night vision equipment, Gepard air defense tanks, laser-guided missiles, long-range artillery, able to target Russian supply lines and ammunition stores behind the front,  have been sent to  Ukraine, bolstering its defense with hundreds of Soviet-era tanks send by Poland and the Czech Republic, Warsaw, in early weeks of the conflict, even transferring Cold war remnants to Kyiv- Soviet fighter planes.

Cross the red line, and you are party to the conflict

The German government was replacing Russian-made tanks used by Polish, Greek, or Czech Armed Forces and delivered to Ukraine with modern tanks like Leopard 2 or Gepard, thus modernizing and stabilizing NATO defenses simultaneously. Not enough, argue the Ukrainian president, publicly pressuring the Germans to deliver its high-performance Leopard 2 tanks directly to Kyiv, a move Berlin is, for now, resisting since the use of those tanks may be considered by Moscow as a provocation, certainly leading to an escalation. Washington has delivered ten thousand of missiles, drones, and even a surface-to-air missile system, Mi -17 helicopters, counter artillery radar. Still, the Biden government has shied away from sending fighter jets to Ukraine or arming the allies with long-range missiles capable of reaching targets deep in Russia- if Washington decides to arm Kyiv with such weapons, the Moscow Foreign Ministry warned( Reuters, September 15, 2022)  it would “cross a red line” and become “a party to the conflict.

Nevertheless, the US is considering sending more advanced drones, such as the “MQ -9 Reaper”, to be controlled from more than 1000 miles away. There are concerns, though, noted in “The Conversation”( May 6, 2022) about whether  international law might limit US shipments of Reapers to Ukraine and  “whether  it further entangles NATO  in the war.” NATO, mind you, as an organization, does not own  weapons,  said  Paul Taylor, contributing editor of “Politico Europe” in the “Carnegie Europe” paper “Is Nato doing anything for Ukraine?” , but  is active behind the scenes, “ helping to coordinate supplies  and supply routes” The “scale and  range of equipment  we are providing  demonstrates the strength  of our resolve “, stated Britain’s defense secretary  Ben Wallace  ( Ministry of Defense, GOV.UK, July 21, 2022).”

Together with our international partners, we will ensure Ukraine has the tools to defend their country from Putin’s illegal invasion.” The UK is indeed not only providing the tools. Still, it is training Ukrainian soldiers in Britain in minesweeping exercises, for example, or the handling of highly sophisticated equipment. One is counter-battery radar, a radar system that detects artillery projectiles fired by one or more guns, howitzers, mortars, or rocket launchers. London not only delivered   50 000 precision guided M31A1   missiles, 10 000 short-range and anti-tank missiles, heavy lift drones, and multiple launch rocket systems to their ally but also sent 4.5 tons of plastic explosives, 1300 anti-structure munition used for a shoulder launched weapon, attempting to destroy a hardened building or bunker.

Slovakia and Slovenia transferred Soviet-made S-300 launching systems to Ukraine, well equipped to fight Russian drones, which the enemy is using to carry bombs and missiles to distant targets, its range reaching 125 miles. Australia noted the “Forum on the arms trade” helped Ukraine with Armored Personnel Carriers, Bushmaster Protective Vehicles, drones, and missiles; Canada promised  4500 rocket launchers, up to  7500 hand grenades, and one million dollars for the purchase of commercial satellite high resolution and modern imagery.

The biggest overhaul of our military structure since 1949

During a conference of the NATO military committee of Defense Chiefs in Talinn , Estonia (September  17, 2022, www.nato.int ), Admiral Rob Bauer, Chair of the Nato military committee, stated that the “ammunition, equipment and training that allies are delivering, are all making a real difference on the battlefield. Ukraine has fundamentally changed modern warfare with its successes on the ground and online.” And: “We’re talking  about the biggest overhaul  of our military structure since 1949.”

Markus Kaim , a Senior Fellow at the” German Institute for International and Security Affairs, warned in a paper published by “Carnegie Europe”( September 1, 2O22)  “aggressive Russian nationalism will continue to challenge the pillars of the Euro/Atlantic security order and will continue to aim to destabilize  Ukraine. It would be naïve to believe that a cease-fire or a Russian/Ukrainian peace treaty will change this aspiration of the Kremlin. “Notions of peaceful   coexistence between Russia and the West fail to recognize the revisionist nature of the Russian regime.”

For Kristi Raik, director of the Estonian “Foreign Policy Institute” NATO has a “strong interest-an existential one for some of its members- to help Ukraine push back Russian forces from their territory. Raik insists, “it cannot be excluded that the alliance will have to intervene at some point, and it should better prepare for such scenario.”

Putin is mobilizing hundred thousand more soldiers, and additional hundred thousand may be called, if Kyiv pushes Moscow’ s forces further back, into the shadow of surrender. Putin, again, threatens nuclear war, for him a defeat of Russia is unimaginable, impossible.

The world suggests NATO admiral Rob Bauer, should look into the future, darkened ever more by this devastating European war:” Without doubt, a new era of global security has begun. It is crystal clear that this conflict is bigger than Ukraine. The entire international rules-based order is under attack. ”And, “it is up to the free, democratic nations of the world to protect it.”