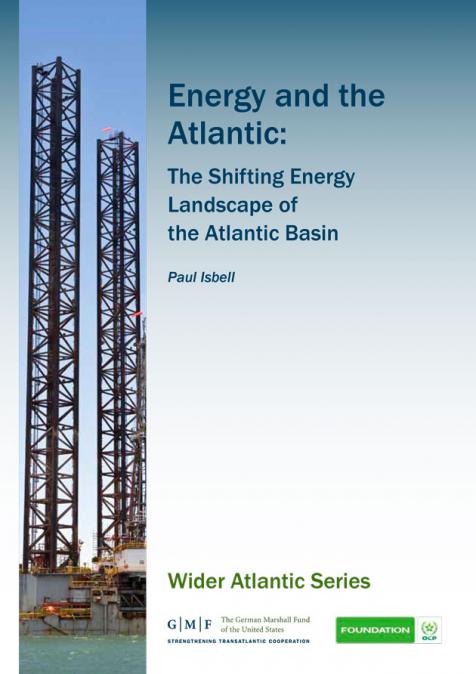 This policy paper argues that countries in the Southern Atlantic region are poised to become much more important players in the global energy trade.

Recent changes in global geopolitics — including the emergence of the developing world and structural crises in the northern Atlantic — have collided with ongoing trends in the energy sector to transform the future prospects of the Atlantic Basin. Many of these energy vectors are either unique to the basin or are more advanced in the Atlantic than in the Indian Ocean or the Pacific. The expansion of renewables, the shale gas revolution, the boom in southern Atlantic oil, the dynamism of liquified natural gas (LNG), and the possible emergence of gas-to-liquids (GTL) together have placed the Atlantic Basin at the cutting edge of the energy future.

While the world remains transfixed on China and U.S. foreign policy “pivots” to Asia, the tectonic plates of the global system continue to shift, offering much economic and geopolitical potential for Atlantic countries that can seize the coming opportunities. Indeed, if we were to reframe our traditional energy focus to embrace the entire Atlantic Basin, instead of focusing on North America, Europe, Africa, Latin America, or even “the Americas,” surprising new vectors come into view.

Beyond the headlines of global affairs, an incipient “Atlantic Basin energy system” has begun to quietly coalesce. Fossil fuel supply in the basin has boomed in the last ten years, with a southern Atlantic hydrocarbons ring slowly taking shape. Meanwhile, a wide range of renewable energies — from bioenergy to solar and wind power — are now rolling out in the Atlantic faster than in the Indian Ocean or Pacific basins. The gas revolution, encompassing unconventional gas, LNG, and GTL, is also increasingly focused on the Atlantic. The energy services sector is also exploding in the southern Atlantic hydrocarbons ring. Although energy demand has moderated in the northern Atlantic, it has been growing rapidly in the south, and is projected to continue to rise, part of a wider realignment of economic and political influence from north to south within the Atlantic Basin. By 2035, the southern Atlantic alone could account for as much as 20 percent of global energy demand, with the entire Atlantic Basin contributing nearly 40 percent.