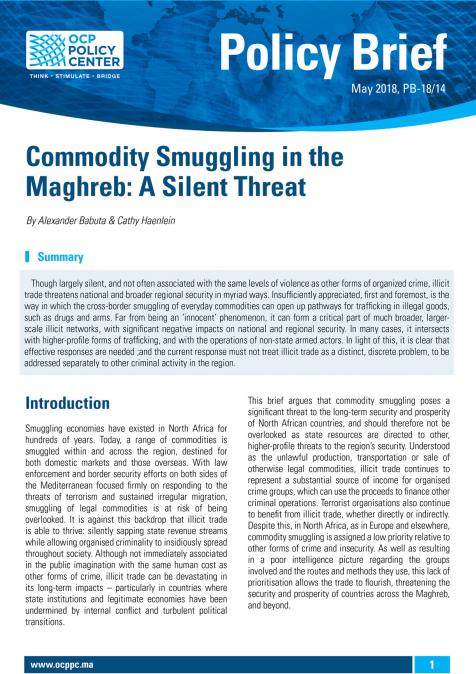 Though largely silent, and not often associated with the same levels of violence as other forms of organized crime, illicit trade threatens national and broader regional security in myriad ways. Insufficiently appreciated, first and foremost, is the way in which the cross-border smuggling of everyday commodities can open up pathways for trafficking in illegal goods, such as drugs and arms. Far from being an ‘innocent’ phenomenon, it can form a critical part of much broader, largerscale illicit networks, with significant negative impacts on national and regional security. In many cases, it intersects with higher-profile forms of trafficking, and with the operations of non-state armed actors. In light of this, it is clear that effective responses are needed ;and the current response must not treat illicit trade as a distinct, discrete problem, to be addressed separately to other criminal activity in the region.