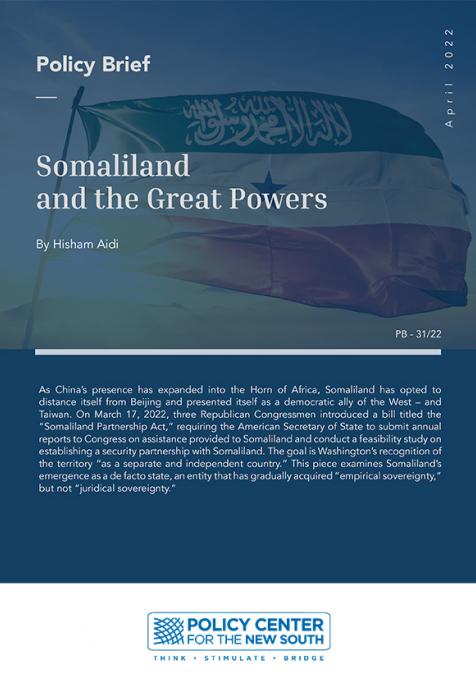 As China’s presence has expanded into the Horn of Africa, Somaliland has opted to distance itself from Beijing and presented itself as a democratic ally of the West – and Taiwan. On March 17, 2022, three Republican Congressmen introduced a bill titled the “Somaliland Partnership Act,” requiring the American Secretary of State to submit annual reports to Congress on assistance provided to Somaliland and conduct a feasibility study on establishing a security partnership with Somaliland. The goal is Washington’s recognition of the territory “as a separate and independent country.” This piece examines Somaliland’s emergence as a de facto state, an entity that has gradually acquired “empirical sovereignty,” but not “juridical sovereignty.”