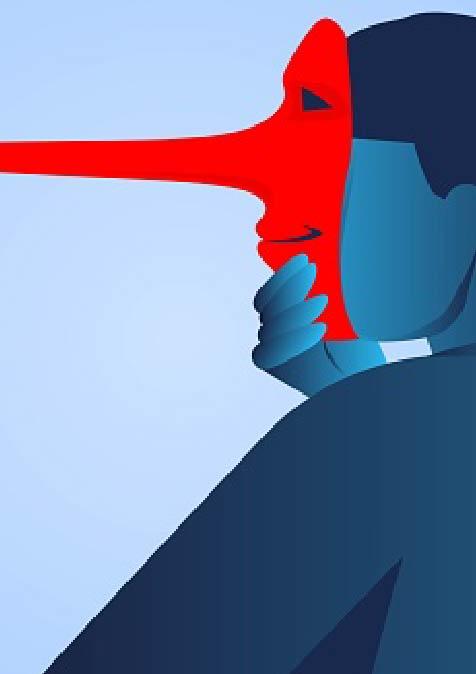 Which nation is next on Putin’s list, the Baltic states, Poland?

“An oligarch is one of the select few people, who rule or influence leaders in an oligarchy- a government in which power is held by a select few individuals or a small class of powerful people” (www.dictionary.com)

Now we know. The oligarchs of Moscow and St Petersburg, Vladivostok or Sevastopol, are forced to dig into their reserves, hidden cash, tons of Euro, dollar, pound wherever possible to camouflage their money on this globe: bank vaults in Dubai, Singapore, Cayman, or the Virgin Islands, offshore and secret. These are challenging days for oligarchs with Russian birth certificates and stratospheric wealth-  their credit cards signal empty, their planes are not allowed to land in Paris, London or Venice, because Vladimir Putin tries to realize imperial illusions by turning Ukraine into dust. Mr. Andrey Melnichenko, net worth 15.8 billion dollars, whose 444 million dollars “Sailing yacht A”, was seized in the Italian harbor of Trieste, is still an oligarch. His comrade, one who owns a 65 room palace, Witanhurst  House in London, Andrej Guryev, majority shareholder of one of Europe’s leading fertilizer producer, Phosagro, can still claim, he owns the second largest private home in the capital, and just Buckingham Palace is larger, but today the proud proprietor is not allowed to use his bank accounts in Switzerland or in the UK, and can’ t pay his electricity bill anymore, or  his butler, who possibly is  paying now for the food of his master’s hunting hounds.

Russia’s gold tycoon, Suleyman Kerimov, “one of Russia’s richest and best-connected oligarchs” (BBC, April 11, 2022) sanctioned by the US in 2018 and the UK March 15 of this year, apparently had a late s106-meter his 106 meter yacht Amadeus, which was cruising around the Mexican port of Manzanillo when Putin attempting to rewrite history. Kerimovs vessel has reached the Fidji islands and hopes not to run into a US Navy destroyer, hindering his boat to reach Vladivostok, home, sweet home. In February he was  seen, with a dozen other billionaires, for the last time alongside Putin, “as Russian tanks crossed into Ukraine”, as the BBC reported in April 11, 2022.

Over the last decades some oligarchs had turned into celebrities, impressing more downtrodden remnants of Royal society, credit strapped Princes, Earls and Lords, mega-yachts, whose prices reached up to 1.5 billion dollars, as the Eclipse, one of the vessels of Roman Abramovich, who is also a citizen of Israel and Portugal, and flew his newest plane, a Boeing 787-8 Dreamliner, nonstop range 8400 miles, on December 18 of last year from Basel, Switzerland to Moscow. Its purchase price is estimated at 300 million dollars plus 100 million for interior design changes. The net worth of  industrialist, who grew up as an orphan,  is estimated by Forbes at 8.3 billion dollars. The oligarch has been sanctioned by Britain, which means his Gulfstream jet is unusable, his assets, like a 15 bedroom house behind Kensington Palace, worth 140 million pounds, are frozen, and he cannot manage his football club Chelsea anymore, which Abramovich is desperately trying to sell, (with special permit by the UK government) for 2.5 billion dollars, promising the British government, that any gains of the transaction will be used to help victims of the Ukraine war. Chelsea players and the staff are still paid, authorized by the government, but players can’t be sold, or bought, spectators are season ticket holders only.

In other words, Mr. Abramovich and his oligarch comrades, a few hundred perhaps, are forced to reduce their lifestyle, unless they settle in Dubai or Qatar, because Vladimir Putin is trying to compete with terror used by Tsar Ivan the terrible, and Joseph Stalin, to return Russia to power and fame, recovering lost Socialist Republics as Ukraine, which abandoned Moscow at the fall of the Soviet Union in 1991. When Putin decided to invade Ukraine, Western powers were not amused. Suddenly the question was asked, who is the next target of Putin’s mad dream of grandeur, the Baltic nations, Poland? Even neutral nations, Switzerland, for example, followed the economic sanctions decided by the EU, US, and the UK. Sweden and Finland, (which is sharing about 1000 miles of border with Russia), are contemplating joining NATO.

In the days following Russia’s invasion of the sovereign, democratic nation, bordering on Poland , Belarus, Russia, Slovakia, Hungary, Moldova, and Romania, a “slow-motion comedy began to unfold in various ports in which billionaires moor their yachts”, noted the New Yorker in a cover story “How Putin’s Oligarchs bought London”(March 17, 2022). Some of these mega-yachts “started motoring out to international waters, presumably on instructions from anxious Kremlin affiliated owners. Others were reportedly setting off course, for the Maldives, which has no extradition treaties with the United States.” The Graceful, a hundred-million-dollar yacht, which is widely believed to belong to Vladimir Putin, did make a hasty departure from a German port on the eve of the invasion, and eventually relocated in Russian waters, Kaliningrad. Abramovich moved his two superyachts to presumedly secure ports in Turkey; on the first day of Russia’s invasion, Abramovich, who is sanctioned in London, but only partly in the US, handed another one of his Mega-Yacht, the 40.3 million dollars Aquamarine, over to a business associate.(Business Insider, April 8, 2022).

The Yacht was dry-docked in Vlissingen, Netherland, where authorities have seized more than 12 yachts recently, suspected of being owned by Russian citizens. The Washington Post stated in a headline (March 10, 2022) “Schadenfreude at sea: The internet is watching with glee as Russian oligarchs’ yachts are seized.” Schadenfreude means the joy to see others suffer, a reaction suitable to our cynical time, floating mansions in the shadow of brutality and moral capitulation, bombs, and billionaires, who try to save their toys, planes, yachts, symbols of incredible wealth, seemingly staged by Hollywood.

The 90-million-dollar mega yacht Tango, owned by Victor Vekselberg an aluminum billionaire and art collector, was seized in Palma de Mallorca. Lena, a 55-million-dollar boat, owned by Gennady Timchenko, a close Putin friend and owner of a private investment group, was chained in San Remo, Italy. The Lady M, the largest aluminum yacht in the world, owned by Alexei Mordashov, a major shareholder and chairman of Severstal, Russia’s largest steel and mining company, was seized in Italy’s    Imperia. Igor Sechin, CEO of petroleum Company Rosneft lost his 120-million-dollar vessel Amore Vero as a frozen asset in Le Ciotat, near Marseille, France. For weeks the ownership of the 600 Million dollars Dilbar, dry-docked in Hamburg, Germany, its 156 meters long and 24-meter wide structure, hidden under large white covers, was unclear. The assumed owner: Alisher Usmanov, estimated wealth, 19.5 billion and is one of the richest men on the planet. On February 28, the EU blacklisted the billionaire, imposing European travel restrictions and freezing his assets. A few days later the US followed, imposing sanctions, but excluding some of his US investments. The EU stated in its Official Journal of the European Union, that Usmanov, allegedly owner and investor in 800 companies and other assets worldwide, is a “pro-Kremlin oligarch with particularly close ties to Russian President Vladimir Putin ”. The hidden vessel in the Hamburg dock was confiscated early April 2022, once authorities discovered the name of the alleged owner- Gulbahor Ismailova, a sister of Usmanov, Gynecologist by profession.