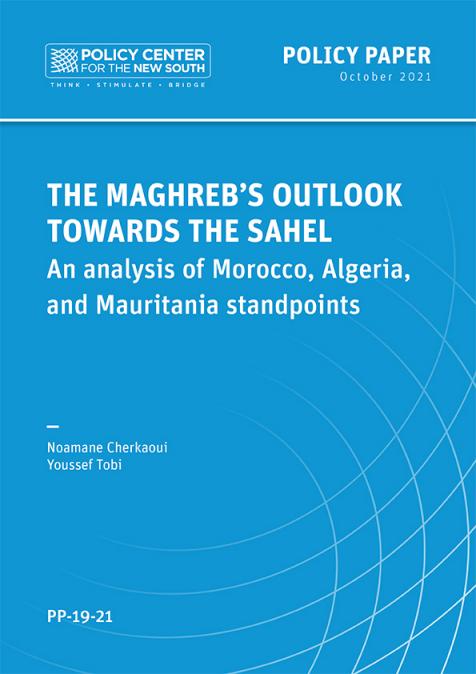 The Sahel has become more prominent in policymaking circles because of its strategic importance and the urgent nature of the dangers that have become rife in the region. Unfortunately, countries in the Maghreb have been relatively sidelined in recent years despite their potential sizable role in stabilizing the region and spurring economic development. Therefore, the focus of this brief is to analyze the Maghreb’s outlook towards the Sahel, namely from the perspective of Morocco, Algeria, and Mauritania.
Morocco has strong geopolitical interests in the region which are becoming an international gateway for business in Africa, increasing support for its stance on its southern provinces, counterbalancing its neighbor Algeria, and countering terrorism through multilateral security collaboration with West African countries and other partners. For Algeria, the Sahel will remain an important focus point. President Tebboune’s February 2020 speech at the African Union (AU) and Lamamra’s appointment as Foreign Minister indicated a strategic shift based on a refocusing on Africa. The Algerian establishment has diverging interests which include limiting Morocco’s regional sway, protecting its borders and perceived sphere of influence (Libya, Mali, Niger), and attempting to remain an influential actor in the region. Lastly, Mauritania is a key actor in terms of the Maghreb’s outlook towards the Sahel. The pervasive issues the region faces will need multilateral efforts, and Mauritania is well-positioned to be both involved in security frameworks and international development strategies. Indeed, in the words of its President Ould Ghazouani, “the situation of the region requires larger cooperation.”
Overall, Morocco, Algeria, and Mauritania all have enduring historical, political, and economic ties with the Sahel. As the region has become subject to strong foreign influences, Maghreb countries also have, as presented in this policy paper, their own respective agendas and strategies.