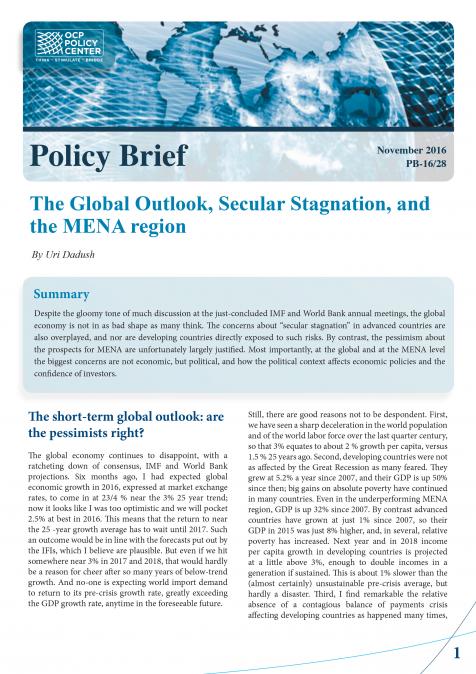 Despite the gloomy tone of much discussion at the just-concluded IMF and World Bank annual meetings, the global economy is not in as bad shape as many think. The concerns about “secular stagnation” in advanced countries are also overplayed, and nor are developing countries directly exposed to such risks. By contrast, the pessimism about the prospects for MENA are unfortunately largely justified. Most importantly, at the global and at the MENA level the biggest concerns are not economic, but political, and how the political context affects economic policies and the confidence of investors.