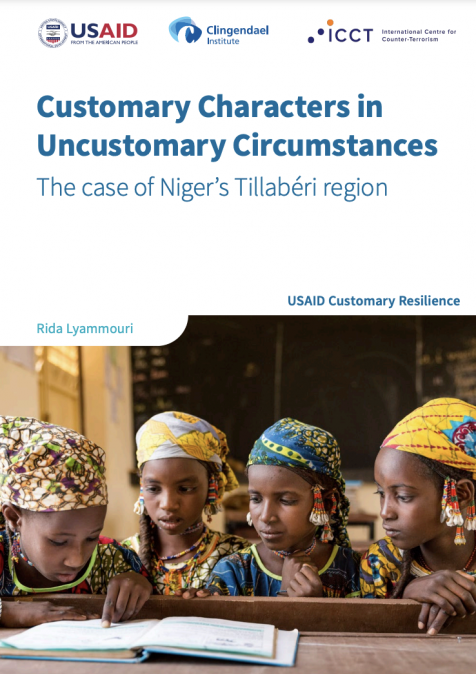 Of all the regions included in this report series, Tillabéri is the region that scores best when it comes to both general community resilience, as well as traditional and religious authorities’ functioning. The region is not as exposed to shocks as Est (Burkina Faso) and Ménaka (Mali), and its ability to recover from shocks is high compared to the other regions. Trust in traditional and religious authorities is comparatively high as is their equal treatment of different subgroups in society. The effectiveness of traditional and religious authorities’ conflict resolution and security provision mechanisms is also comparatively high. This begs the question of why these authorities do such a good job in Tillabéri and what the key takeaways are for other regions in the Sahel. To answer this question, this report further delves into the data collected in five municipalities in Tillabéri. These municipalities are Abala, Ayerou, Bankilaré, Gothèye, and Say. Abala, Ayerou, and Bankilaré have been selected as municipalities that are under threat of violent extremism. Gothèye and Say are located in safer areas. The municipalities are all home to a number of ethnicities. Abala is a majority Hausa municipality (with Fulani, Tuareg, Zarma, and Arab minorities). Bankilaré and Say are majority Fulani municipalities, with the former also having Songhay minorities and the latter Songhay-Zarma and Gourmantché. Gothèye is a predominantly Songhay municipality and Ayerou has a majority Songhay population with strong minorities of Tuareg, Fulani, a smattering of Hausa, and even
Yoruba migrants.