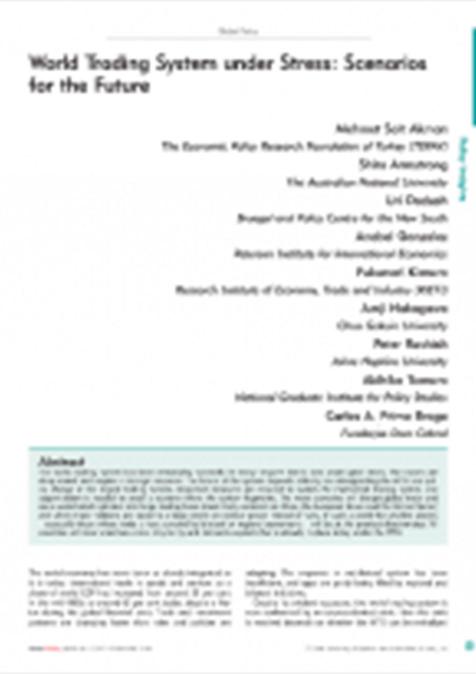 In the context of his role as chair of the T20 task force « Trade, Investment and Globalization », our senior fellow, Uri Dadush has led the T20 brief under the theme "World Trading System Under Stress: Scenarios for the Future", which has been published in Global Policy.

The world trading system has been remarkably successful in many respects but is now under great strain. The causes are deep‐seated and require a strategic response. The future of the system depends critically on reinvigorating the WTO and policy change in the largest trading nations. Important measures are required to sustain the multilateral trading system, and urgent action is needed to avoid a scenario where the system fragments. The worst scenarios will disrupt global trade and see a world which splinters into large trading blocs (most likely centered on China, the European Union and the United States) and where trade relations are based to a large extent on relative power instead of rules.

In such a world the smallest players – especially those whose trade is least covered by bilateral or regional agreements – will be at the greatest disadvantage. All countries will incur enormous costs only to try and reinvent a system that is already in place today under the WTO.