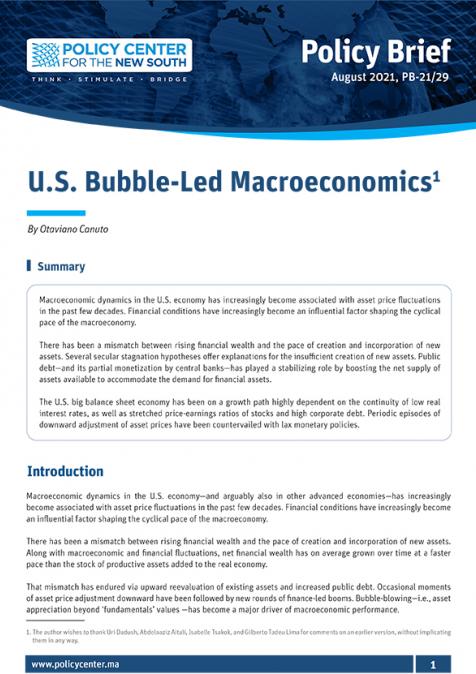 Macroeconomic dynamics in the U.S. economy has increasingly become associated with asset price fluctuations in the past few decades. Financial conditions have increasingly become an influential factor shaping the cyclical pace of the macroeconomy.
There has been a mismatch between rising financial wealth and the pace of creation and incorporation of new assets. Several secular stagnation hypotheses offer explanations for the insufficient creation of new assets. Public debt—and its partial monetization by central banks—has played a stabilizing role by boosting the net supply of assets available to accommodate the demand for financial assets.
The U.S. big balance sheet economy has been on a growth path highly dependent on the continuity of low real interest rates, as well as stretched price-earnings ratios of stocks and high corporate debt. Periodic episodes of downward adjustment of asset prices have been countervailed with lax monetary policies.