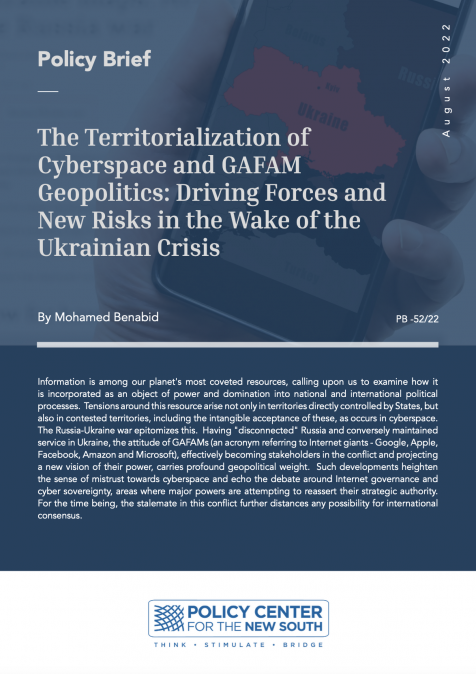 Information is among our planet's most coveted resources, calling upon us to examine how it is incorporated as an object of power and domination into national and international political processes. Tensions around this resource arise not only in territories directly controlled by States, but also in contested territories, including the intangible acceptance of these, as occurs in cyberspace. The Russia-Ukraine war epitomizes this. Having "disconnected" Russia and conversely maintained service in Ukraine, the attitude of GAFAMs (an acronym referring to Internet giants - Google, Apple, Facebook, Amazon and Microsoft), effectively becoming stakeholders in the conflict and projecting a new vision of their power, carries profound geopolitical weight. Such developments heighten the sense of mistrust towards cyberspace and echo the debate around Internet governance and cyber sovereignty, areas where major powers are attempting to reassert their strategic authority. For the time being, the stalemate in this conflict further distances any possibility for international consensus.