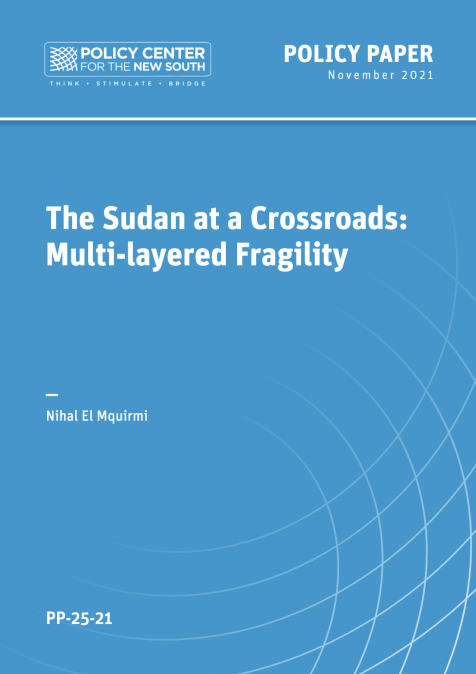 Almost three years since the ousting of former president Omar al-Bashir, and the formation of a transitional government composed of civilians and members of the military, the situation in Sudan is far from stable. Indeed, although progress has been achieved since December 2018, the democratic transition remains very fragile, with the political and economic sectors still facing significant uncertainty. This paper explains the fragility of the Sudanese transition, plagued by decades of corruption, mismanagement, and oppression.
The main argument defended in this paper is that despite the removal of al-Bashir, the agreement between the army and civilians to form a transitional government, and the different steps taken to implement gradual reforms to restructure a very unstructured country, the situation in Sudan is still very complex, with domestic politics and foreign interference hindering every step taken. Since the failed military coup in September 2021, tensions between the military and civilian leaders have been growing. Hence, this paper explains the multi- layered fragility of the Sudanese transition, especially as the military has now decided to arrest all civilian members of the government and rule on its own. The first section of the paper outlines the context in which the Sudanese decided to take the streets in December 2018 to denounce poor living conditions, and the different stages the country went through in order to finally form a transitional government. The second section focuses on the joint civilian- military transitional government, headed by Prime Minister Abdallah Hamdok, and is divided in two sub-sections: first, an analysis of the economic reforms carried out since 2019, and the consequences for the socio-political sphere; and second, an analysis of the political changes implemented, in an attempt to create and maintain social cohesion, and the difficulties related to these changes.