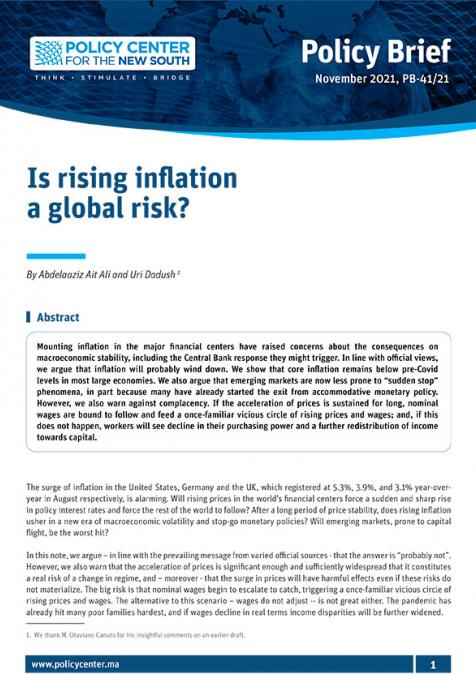 Mounting inflation in the major financial centers have raised concerns about the consequences on macroeconomic stability, including the Central Bank response they might trigger. In line with official views, we argue that inflation will probably wind down. We show that core inflation remains below pre-Covid levels in most large economies. We also argue that emerging markets are now less prone to “sudden stop” phenomena, in part because many have already started the exit from accommodative monetary policy. However, we also warn against complacency. If the acceleration of prices is sustained for long, nominal wages are bound to follow and feed a once-familiar vicious circle of rising prices and wages; and, if this does not happen, workers will see decline in their purchasing power and a further redistribution of income towards capital.