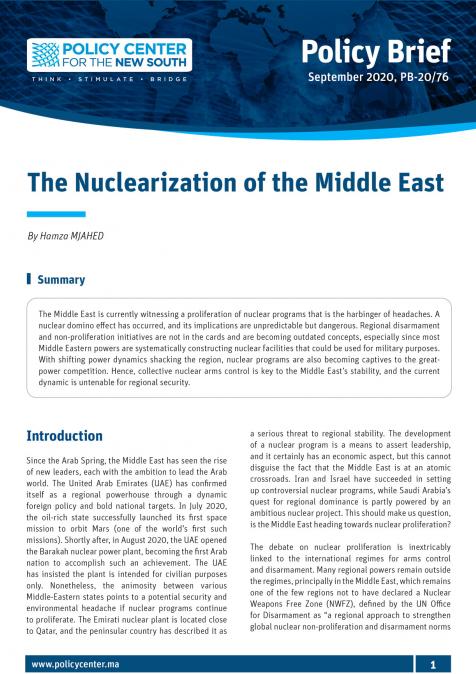 The Middle East is currently witnessing a proliferation of nuclear programs that is the harbinger of headaches. A nuclear domino effect has occurred, and its implications are unpredictable but dangerous. Regional disarmament and non-proliferation initiatives are not in the cards and are becoming outdated concepts, especially since most Middle Eastern powers are systematically constructing nuclear facilities that could be used for military purposes. With shifting power dynamics shacking the region, nuclear programs are also becoming captives to the greatpower competition. Hence, collective nuclear arms control is key to the Middle East’s stability, and the current dynamic is untenable for regional security.