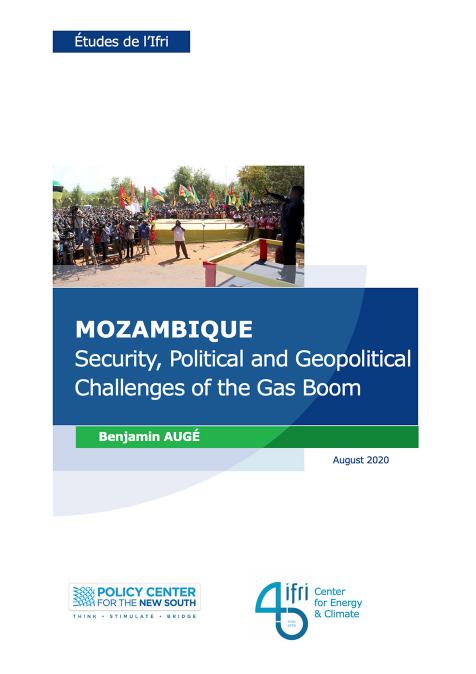 Theoretically, Western and Asian majors are ready to invest more than a hundred billion dollars ($bn) over the next two decades to develop this gas potential that could amount to a volume of 60 million tonnes (mt) per year.

However, security threats related to the deadly activities of the Islamist group, Al Shebab, in the area of where the gas projects are being developed are of increasing concern for the majors, who are struggling to influence the Mozambican government’s up to now failing security strategy. The regular army’s lack of results encourages the everincreasing use of mercenaries that is likely to further destabilize a volatile region, prone to arms and drug-trafficking, close to the Tanzanian border. The terrorist group’s modus operandi and the government’s response reflect Boko Haram’s rise in Nigeria from 2010.

Future gas rents from Mozambique’s gas production are already significantly strengthening the position of the ruling party, Frelimo, and making it more impervious to criticism from traditional donors and foreign powers. Its management of the last elections and of the hidden debt scandal show how the Mozambican government sees itself as practically untouchable. It is highly likely that the advent of the gas windfall will increase Frelimo’s hold over the country’s administration and weaken the counterbalances. Frelimo is inclined to harden its position as it feels protected by its gas resources.

ExxonMobil’s doubts about investing, the worsening security situation and the hydrocarbon crisis do not seem to challenge Frelimo’s dominance for the time being. Finally, there is a slight chance that the party will change its practices and adopt more transparent governance, accepting more influence from traditional donors – the African Development Bank, World Bank and European Union (EU). While the donors’ impact was very relative to decision-making processes when Mozambique had not discovered gas, it is unlikely with such projects

announced by the majors that Frelimo will open the door further to any outside scrutiny.

The main impact of the COVID-19 crisis in Mozambique will be to postpone previously signed projects (Total and ENI) by a few months. In the middle of the hydrocarbon crisis, Total still managed to complete the financing of its project in May 2020 by raising nearly $ 15 billion ($bn) from banks, or three-quarters of the total required for the first two LNG trains. However, ExxonMobil has postponed the final investment decision of its two LNG trains for security and economic reasons and is also using the COVID-19 crisis as an excuse.

The country’s gas Eldorado has attracted all the major Western and Asiatic powers via state-owned or private majors. Italy, which has been closely involved politically in Mozambique for nearly 30 years, has however seen its company, ENI, gradually give way to the US major, ExxonMobil. All companies in the prospective LNG-purchasing countries have also bought stakes in the blocks where discoveries are being made. This is particularly true for India, which has better relations with Mozambique under President Filipe Nyusi, a former pupil of a Gujarat business school.

China is present via CNPC along with ExxonMobil on Block 4 and has not escaped the context of Sino-American rivalry. The Trump administration has prevented the release of bank loans and guarantees for this project, ultimately fearing that this would benefit Chinese state-owned companies. However, Total will benefit from nearly $ 5 bn in US financing due to the involvement of American contractors.

Due to a political relationship with Frelimo dating back to the time of the USSR and the war for independence against Portugal, Russia plays a significant military role in the future gas infrastructure area in Cabo Delgado, even though its hydrocarbon involvement in the country remains limited. Meanwhile South Africa, which is also involved in security in Cabo Delgado, is decreasing its involvement in oil via Sasol with the sale of part of its assets. The relationship between Mozambique and South Africa, which was once critical, is expected to gradually evolve with the massive influx of capital from Western and Asian countries involved in the gas projects.