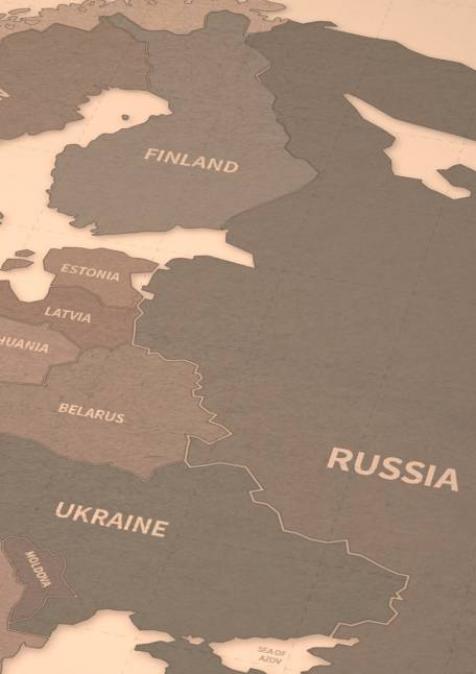 “February 24, 2022,” noted Robert Pszczel in « Nato Review”(July 7, 2022),”is likely to engrave itself on the history template of the contemporary world.”Pszczel, a Senior fellow  at the Polanski Foundation, Warsaw, and former Polish diplomat serving as director  of the NATO information office  in Moscow for half a decade, judged Russia’s unprovoked, unjustified invasion of Ukraine is  not only a “manifestation of a huge  security danger that has shattered peace in Europe”, but “has broken the entire security architecture built patiently  on the continent over many decades, including international commitments agreed in the last 30 years.”

In his think piece, the Polish security expert states:” This could be “our 1937 moment” (Nazi Germany invades Austria and Czechoslovakia), and “everything possible must be done to stop territorial expansion by force, thereby averting a war similar to the one that ravaged Europe 80 years ago.” Five months into the brutal invasion of Ukraine, the world, once again, is staring at the edge of time- one misdirected Russian missile, accidentally hitting a kindergarten in Warsaw, or an American tank maneuvering near the Ukrainian border, could trigger a NATO response, aka as total war in Europe and perhaps beyond, tactical nuclear weapons included. One technical failure and the world could be on fire, reducing the Covid 19-pandemic (and its millions of victims) to a historical footnote.

A doomsday scenario, the last day, indeed a pessimistic vision, perhaps, but beyond Europe, the world is hardly concerned by vicious battles far away. Complacent nations like India, China,  Brazil, and Saudi Arabia,  are continuing business as usual with Moscow. Whenever Ukraine turns into a debate at the UN, as last April, dozens of nations abstain in votes, shying away from voicing critical opinions. Moscow asks North Korea and Syria to defend their human rights record.

All efforts compromising security and confidence-building measures, or institutional arrangement designed to preserve peace, writes Robert Pszczel, “suddenly look very fragile when faced with blunt force”. With or without a nuclear threat dimension, “Russia’s neighbors already have valid reasons to fear the Russian predator, ( “NATO Review”, July 7, 2022 ). They feel that, if not stopped in and by Ukraine”, without massive military support by western democracies, “Putin may entertain aggressions against other territories”, reviving his dream to recreate Russian grandeur, the return to Czarist glory, led by the former KGB agent, who was part of the repressive,  powerful Soviet Union, which surrendered in  1991.

Many analysts perceive Putin’s invasion  “as an attempt to rebuild Russia’s lost empire”, as noted by CNBC (March 8, 2022), which Putin once described as the “ greatest geopolitical catastrophe of the 20th century.” at times, Putin justified the invasion of Ukraine to eliminate fictive Nazi movements active in the neighboring nation; then again, he wanted to protect the Russian-speaking communities (the most significant single Russian group outside of Russia in the world, an estimated 17.3 percent of Ukraine’s, population, 8.3 million ethnic Russians). The most significant Russian-speaking minorities are in Donetsk, Luhansk, Kharkiv Oblast, and Crimea, which Moscow invaded in 2014 and annexed. Moscow, in particular, supports ethnic Russians, who have declared their regions independent, separate states loyal to Moscow, enemies of Kyiv. “If Ukraine were to join NATO, it would serve as a direct threat to the security of Russia”, Putin said in televised remarks( Deutsche Welle, DW, February 23, 2022 ), during which he described  Ukraine as a “springboard ”for a NATO strike against Russia.

Today Russia has land borders with 14 countries, of which five are NATO members: Latvia, Estonia, Lithuania, Poland, and Norway. Latvia and Lithuania share a border with Russia’s ally Belarus, threatening Ukraine with military intervention. An estimated one million ethnic Russians live in the Baltic states, former members of the Soviet empire. Will Putin dare to invade to “liberate” the Russian-speaking minorities? “Deterrence is no longer enough, “ stated Lithuania’s President Gitanas Nauseda (CNBC, May 15, 2022), “ we need more defense here…. Because otherwise, it will be too late here”.

The leader of Lithuania is inevitable, “Putin will not stop in Ukraine. He will not stop.” His Foreign Minister, Gabrielius Landsbergis, pleaded for “collective duty and obligations” to help Ukraine, adding,” If you want to avoid the third world war. The choice is in our hands.” Again and again, Moscow warned its neighbor Finland, which shares a 1340 km land border and which it invaded once before, and Sweden, bordering on maritime lines, not to dare to join NATO. If they would ignore the advice, “Russia will be forced to impose “serious military and political consequences”, including the deployment of nuclear weapons in the Baltic Sea region ( Guardian, June 29, 2022). The invasion of Ukraine drove Helsinki and Stockholm to “a monumental shift”,  as the BBC reported (June 29, 2022), two nations with a long history of wartime neutrality and staying out of military alliances suddenly applying to NATO membership.

Ann Linde, Sweden’s Foreign Affairs minister, noted (CNBC May 15, 2022) that Russia not only invaded its neighbor Ukraine but that it had conducted war crimes, targeting civilian infrastructure with the” bombing of schools and hospitals and theaters. This has made us decide that we will not be secure without applying for membership of NATO.” Helsinki’s and Stockholm’s NATO membership “marks one of the biggest shifts in European security in decades.” ( Aljazeera, June 29, 2022)  Moscow, apparently confident that the Western military alliance would not, or hardly at all, react to the brutal invasion since its 30 members would disagree on significant issues, in particular the arming of the Ukrainian Armed Forces, suddenly faced with a united opponent: ”Russia’s invasion, reported “Deutsche Welle”, the German government broadcaster, (June 29, 2022)  “has galvanized a coordinated NATO-response and reinvigorated the alliance, which France’s President Emmanuel Macron had called” brain dead” in 2019. Former US President Donald Trump also repeatedly questioned the value of Nato and mulled withdrawing the US from the alliance during his presidency.” Moscow was not amused about the rejuvenation of the Western alliance and its two newest members; “We condemn the irresponsible course of the North Atlantic Alliance that is ruining the European architectures or what’s left of it,” deplored Russia’s deputy foreign minister, Sergei Ryabkov, (Guardian, June 29, 2022), “I have a great deal of doubt as to whether the upcoming period will be calm for our north European neighbors.”

Regardless of the outcome of the war-Vladimir Putin can celebrate one success: turning into the best NATO recruiter ever.