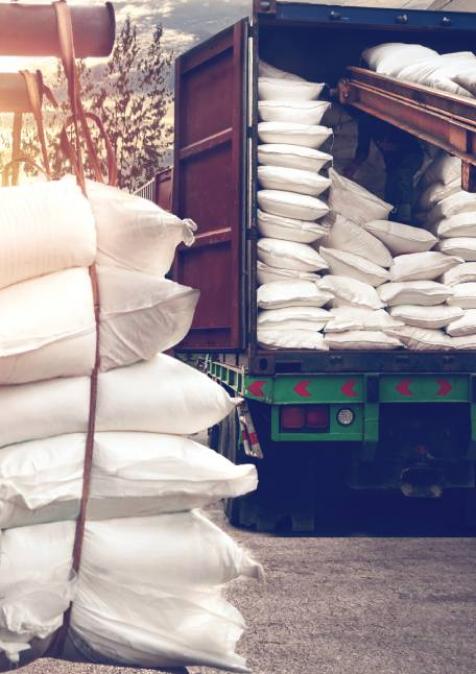 The world is facing its worst food crisis in 70 years as a perfect storm of geopolitical events contributes to a spike in prices. Wheat alone has jumped 53% since the start of the year. Alarmingly, a number of governments have responded to the crisis with export bans. Governments and organizations worldwide must act decisively to avoid knee-jerk neo-mercantilism, which would add to the volatility in the global economy. Globalization is at a fragile moment, and mercantilism still lurks in the shadows.

While some have been quick to point the finger at either the war in Ukraine or climate change, the truth, as it usually is, is far less black and white. There is no doubt that the war in Ukraine is the main contributor to the current food crisis. In a typical year, Ukraine is the world’s third-largest exporter of wheat, the world’s third most important staple crop. Ukraine normally contributes 12% to the global export market for that staple grain. Ukraine is also a major supplier of everything from barley to sunflower oil. Yet, even if the Russian Black Sea fleet’s blockade were to be lifted tomorrow, it is likely that much damage has already been done.

Others have been quick to point the figure at climate change. India has announced a ban on wheat exports in response to a massive heatwave which has crippled production. A scientific study found that the heatwave had a “1 in 100 chance of occurring in any given year” suggesting that such extraordinary weather patterns maybe driven by climate change. Whatever the reason, India’s ban on exports has helped drive wheat prices up over 6% since May 16. Neighboring Pakistan, where a 3 million ton shortfall in wheat is expected this year, is considering a similar move.

In fact, inflation brought on by the COVID-19 pandemic is as important a factor as any other driver of the current food crisis. Both Zimbabwe and Turkey, two countries that have struggled with inflation in recent years, are seeing new inflation woes driven by the slower growth of the global economy. War and climate concerns are serious but the supply-chain disruption caused by the pandemic, coupled with inflationary pressures, means that we are likely to see more than just rising inflation. Countries adopt their own forms of resource-nationalism in times of crisis, which will directly impact global food supplies. In the aftermath of the 2008 global financial crisis, 36 countries imposed such controls over the subsequent four years. This drove malnutrition in some countries and school dropouts in the Global South—trends that have had long-term economic and developmental consequences. Worryingly, a similar number of countries have announced such bans so far in the current crisis—34 as of early June according to the World Bank.

That list includes major suppliers of food stuffs. Russia, Ukraine, Kazakhstan, and India have announced such bans on wheat exports. Wheat is the world’s third most important commodity, after corn and rice. Many experts warn bans on those crops will soon follow. Other countries are quietly imposing their own export bans: Argentina on cuts of beef and Algeria on sugar exports. In the United States and elsewhere, there has already been a run on baby formula and President Biden has authorized a military flight to help bring in much needed baby formula from Germany. Such bans have led to a 13% increase in food prices according to academic research.

Food export bans might improve the situation temporarily for a few countries, but can have lasting impacts on agricultural production. Such moves can also make the food export situation worse for countries in the Middle East, Africa and elsewhere, where food insecurity is driven in part by conflict. Export bans might also scare off foreign investors and future sources of FDI for agricultural sectors.

Governments must thus ensure that short-term policies now don’t have long-term negative consequences for emerging economies. Helpfully, the G7 has announced that none of its members will impose food export bans. While individual governments may face domestic pressures, such intergovernmental groupings may provide an opportunity for governments to work together. It was indeed a missed opportunity for the Quad countries (U.S., Japan, Australia, and India) to play a role in global food stability when India unilaterally announced a ban on food exports. Similar groupings, formal and informal, could play a larger role and send a positive signal that fighting hunger is as much of a global priority as any.

Joseph Hammond is an alumnus of the 2018 Atlantic Dialogues Emerging Leaders program.