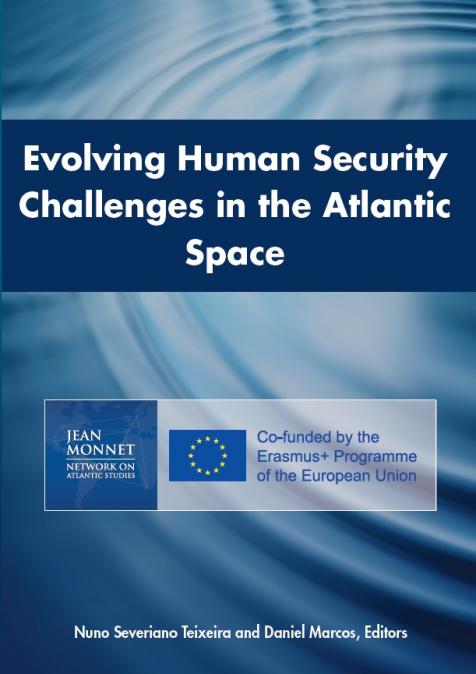 In the context of the Policy Center for the New South Partnership with Jean Monnet Network on Atlantic Studies, a project coordinated by the Fundação Getúlio Vargasand funded by the European Commission, under the Horizon 2020 research program,

our Senior Fellow Abdelhak Bassou and researcher in International Relations Amal El Ouassif drafted the second chapter entitled : Understanding Terrorism and Organized Crime in Light of Fragile States: Case Study on Niger, Mali and Chad.
The project had three main clusters of research: energy, economy and human security. This volume addresses the human security dimension of the study on the Atlantic Basin.

This volume, with chapters from specialists in the Jean Monnet Network which the Policy Center for the New South is part of, sheds new light in all these areas. The first part, “Human Security Threats in the Atlantic Basin”, seeks to bring a new understanding on classical concepts and threats to human security. From drug traffic to energy security, from the northern Mediterranean to the connection between fragile states and terrorism, we examine the different realities and answers across the Atlantic and its four continents. However, there are new and intensive challenges to human security that could be left aside, and those are integrated on the second part of the volume. The most poignant are the migratory flows that course through this region, in several dimensions. In the final part of the volume, the authors focus on the possibility of “Forging Human Security Networks” within the Atlantic Basin. The main actors of the region have already developed several tools to deal with the threats and challenges concerning human security.

Do they or could they cooperate more and better? Is there an overlapping of the instruments at their disposal or, on the other hand, could they work together in order to maximize their results? These are the questions answered, in different regards, by the chapters in this third part.