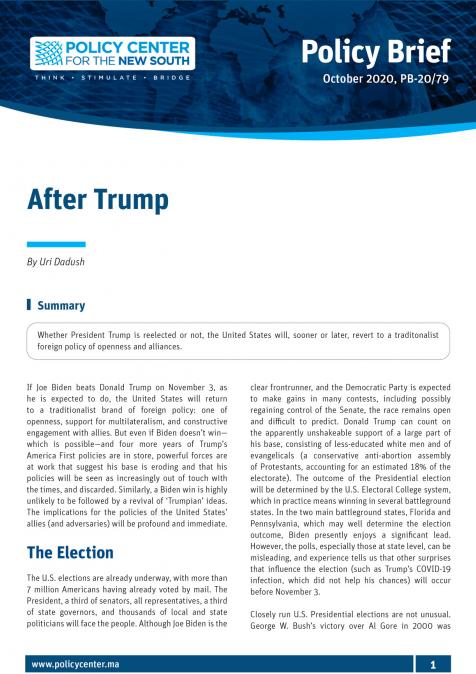 Whether President Trump is reelected or not, the United States will, sooner or later, revert to a traditonalist foreign policy of openness and alliances.

If Joe Biden beats Donald Trump on November 3, as he is expected to do, the United States will return to a traditionalist brand of foreign policy: one of openness, support for multilateralism, and constructive engagement with allies. But even if Biden doesn’t winwhich is possible—and four more years of Trump’s America First policies are in store, powerful forces are at work that suggest his base is eroding and that his policies will be seen as increasingly out of touch with the times, and discarded. Similarly, a Biden win is highly unlikely to be followed by a revival of ‘Trumpian’ ideas. The implications for the policies of the United States’ allies (and adversaries) will be profound and immediate.