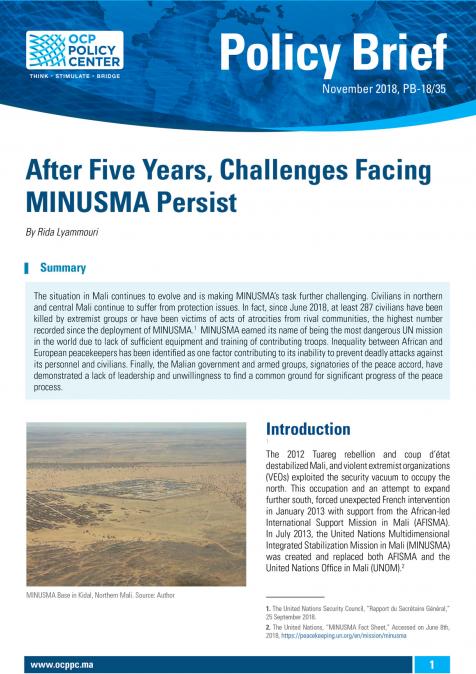 The situation in Mali continues to evolve and is making MINUSMA’s task further challenging. Civilians in northern and central Mali continue to suffer from protection issues. In fact, since June 2018, at least 287 civilians have been killed by extremist groups or have been victims of acts of atrocities from rival communities, the highest number recorded since the deployment of MINUSMA.1 MINUSMA earned its name of being the most dangerous UN mission in the world due to lack of sufficient equipment and training of contributing troops. Inequality between African and European peacekeepers has been identified as one factor contributing to its inability to prevent deadly attacks against its personnel and civilians. Finally, the Malian government and armed groups, signatories of the peace accord, have demonstrated a lack of leadership and unwillingness to find a common ground for significant progress of the peace process.