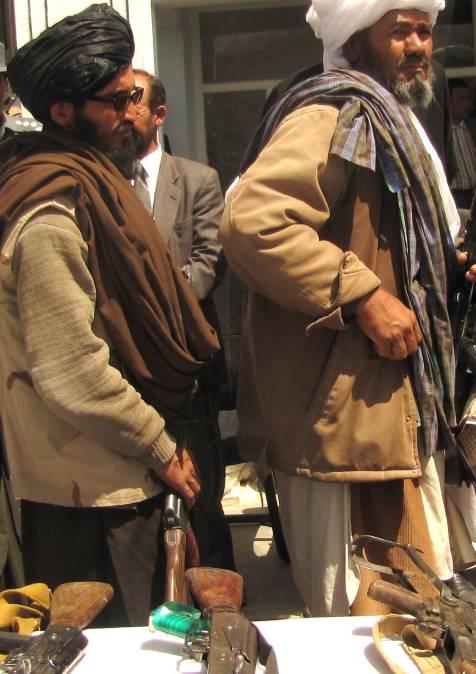 Time was running out. The invisible, enemy combatants floated into the capital like ghosts. Unopposed, ready to take power, twenty years after they were chased out of town by American military might. August 15/16, 2021, historic days for the Taliban known for severe military and humanitarian abuses.

The governor of the Central Bank of Afghanistan, Ajmar Ahmadi, did not wait for the Taliban to burst through his office doors. He disappeared, trying to find the plane waiting for his departure at the airport.  He was among 120 000, airlifted out of Afghanistan. The plane was there, but the pilot was missing, as was fuel. Ahmadi pushed himself onto an American military transporter, destination unknown, except to freedom (citya.m.com, August 25, 2021). The now ex-governor, whose nation’s economy survived in the fading days because Washington sent planes with bulk shipments of cash to keep government and banks open, reassured his people left behind, that “we can say that accessible funds to the Taliban are perhaps 0.1 -0.2 percent of Afghanistan’s international reserves”, estimated at nine billion dollars, not “much” he added.

The national reserves were ”held in safe, liquid assets, such as treasury bonds and gold offshore, as per international standards.” Mr. Ahmadi reassured the starving, estimated 40 million citizens, frozen by fear of reprisal and repression; that the Taliban could not replace the loss of funds by getting sufficient revenue from illegal mining, opium production, or trade routes. Taliban revenues from such sources could be considered relatively large when only running an insurgency campaign. The Harvard graduated economist trashed the successors: ”They are wholly inadequate to operate a functional government. ” (BBC, August 25, 2021).

Immediately after Taliban forces entered Kabul, the Afghani fell – 6 % against the dollar. The drop continued, reaching -14 % in October 2021. (PCNS-Policy Brief, November 2021) Washington blocked the reserves of Afghanistan, the World Bank pulled access to one billion, Germany announced a 300 million dollar cut, the International Monetary Fund blocked access to Afghanistan’s 460 million dollars in emergency reserves and a 1.3 billion UN humanitarian appeal only received 39 percent of the necessary funding-the old, new rulers have no clothes. Three trillion dollars wasted, 105 billion of which went to military operations (Watson Institute for International Public Affairs, 2021; Brown University); two decades of devastating human losses later, the economy is shattered, and human starvation is expected -and a terrorist organization welding its power, women excluded from public life and careers; thieves’ hands cut off, traitors hanged in public, or beheaded, adulterers stoned to death-contrary to the illusion of nation-building and democratic values. One of the movement's leaders, Waheedullah Hashimi, declared three days after conquering power: “We are not going to discuss the political system because is clearly Sharia law, period.”

“The Afghan economy on the brink of chaos”, is a timely headline in a Policy Brief (November 2021, PB-42 /21) presented by Henri-Louis Vedie, Professor Emeritus at HEC Paris; author of 16 books. His latest study, published by the Policy Center for the New South, is a thorough, detailed, and alarming work. Vedie confirms “the Afghan economy‘s extreme dependence on international financial support, mainly from IMF. The figures speak for themselves:43 % of GDP and 50% of State resources are donations.” The nation-building attempt by western allies collapsed, documented by chaotic evacuation scenes at the Kabul airport and the Taliban parading, mid-November, some of their bounty, modern US military equipment like M-117 armored vehicles, through the streets of the traumatized capital. “US presence was, to put it mildly”, writes Henri-Louis Vedie, “barely beneficial to the Afghan economy, whose misleading results stem primarily from International Monetary Fund, World Bank, and Western donor funding and support. Surprisingly nothing was done to develop Afghanistan’s rich subsoil in twenty years of US presence.” Even before the Taliban marched into town, the national economy, noted professor Vedie, was “on life support”, entirely reliant on international aid.  ”It  proves that since the  start of US in 2001, and despite NATO air support, nothing was  done for the  sustainable development of the country, and none of its abundant mineral resources, for instance, were developed.”

“Today, what we have in Afghanistan”, stated Fawaz Gerges, professor of international relations at the London School of Economics, ”is a perfect storm, and what I mean by perfect storm is multiple crises happening at once. It could really turn Afghanistan into a catastrophic humanitarian crisis, like the ones in Syria and Yemen.”  (BBC, August,25, 2021)  The war is ‘over’, wrote the Washington Post in its newsletter «Today’s World View” (September 1, 2021), “but Afghanistan’s crisis is only getting worse. The Taliban takeover has intensified overlapping humanitarian crises in Afghanistan. Food prices are skyrocketing, banks are shut, depriving the Afghan people of access to much-needed cash. Salaries for public sector employees are not being paid, as confusion and political paralysis grip the country.”

Le Monde Diplomatique” (December 2021) observed:” Since the last US troops pulled out in late august and the Islamic Emirate of Afghanistan re-established itself, the humanitarian crisis has worsened for people already exhausted by 40 years of conflict.”

The UN Refugee Agency (UNHCR, December 15, 2021) estimates that “nearly 700 000 displaced Afghans have fled their homes this year alone due to the ongoing humanitarian crisis, 80 percent of whom are women and children. The Covid-19 pandemic has also compounded the severity of emergency with dire socio-economic and health impacts.” UNHCR is assisting 3.5 million internally displaced Afghans and 2.2 million registered Afghan refugees in neighboring countries, including Iran and Pakistan. With winter approaching an estimated 22 million Afghans are at risk of acute hunger and starvation, warned human rights experts in a report published by the UN Human Rights Office (OHCHR) in Geneva (December 22, 2021), “unless humanitarian assistance is significantly scaled up and promptly delivered.” The UN organization reported: ”Over the last several weeks, funds required to pay for essential services such as fuel and electricity have run out, making it arduous for Afghans to reach hospitals and access health care.”

The UN World Food Program (WFP) executive director, David Beasley, stated (https://www.bbc.co.uk, November 8, 2021) “it is as bad as you possibly can imagine. In fact, we are now looking at the worst humanitarian crisis on earth. 95% of the people don’t have enough food and we are looking at 23 million people marching towards starvation. The next six months are going to be catastrophic. It is going to be hell on earth.” Some 10 million Afghan children, affirms Herve Ludovic De Lys, the Afghanistan representative of UNICEF, need humanitarian aid. (August 31, 2021, Business Standard, India).

Some 160 national and international organizations are programmed to provide critical food and health assistance. If all projects are realized, believes Martin Griffiths, UN ReliefChief, ”humanitarian operations in Afghanistan are set to be the largest anywhere in the world in 2022, reaching some 22 million people.”(UN News, December 22, 2021)

“The only resources available to the Taliban today, apart from humanitarian aid, is tax and customs revenue”, writes Vedie “at approximately two billion dollars. Also, this $ 2 billion in fiscal revenue is far from guaranteed, as Taliban return accelerated the relocation of Afghan companies to Turkey and Dubai.”

No longer master of its own destiny

“Of course,” Vedie assumes, ”the new masters of Kabul count on developing the country’s abundant and diversified natural resources to replenish the government’s coffers and gradually offset the loss of state aid and donations”, but this requires safe roads, competent administration, and political stability. Besides, this process takes time, and assumes foreign investors, most likely states willing to invest in the country, and accepting risks the current situation implies”.  China seems particularly interested in the riches of the Afghan subsoil. Vedie argues, ”to say the Afghan subsoil is rich and diverse is an understatement.”  In his paper the professor mentions the hidden treasure, which one day could turn Afghanistan into a wealthy nation:

Copper deposits stand at approximately 60 million tons, iron or deposits at 2.2 million tons, rare earth like neo dyne,  praseodymium,  dysprosium, crucial for the manufacture of magnets used in wind power and electric cars, at 1.4 million tons, and Afghanistan holds the world’s largest lithium deposits, a  key resource in energy transition, and used for energy storage in batteries, solar farms and wind power, as well as   Tantalum utilized as an additive in the manufacture of aerospace superalloy or in the manufacture of surgical instruments. World Bank studies put natural gas resources at 140 billion m3, a possible value of 2,520 billion dollars; oil deposits are estimated at $ 1 billion- not bad for a nation, whose GDP per capita was just $553.49 in 2020. ”The precipitous US departure from Kabul”, notes Henri- Louis Vedie, “provides China a new opportunity to develop Afghanistan’s subsoil, in a win-win scenario for both China and the Taliban.”

Starting in 2019, China set its rules for contributing to developing Afghan subsoil, and effectively the only way of “economy on life support”, as Vedie phrased it, “namely that the Taliban break all ties with the Turkestan Islamic Party (TIP) a Uighur jihadist organization. The hasty US departure does not call the proposal into question, on the contrary it makes it more relevant than ever. Indeed, the Afghan economy, which can no longer count on international and essentially western aid, is no longer master of its own destiny.”