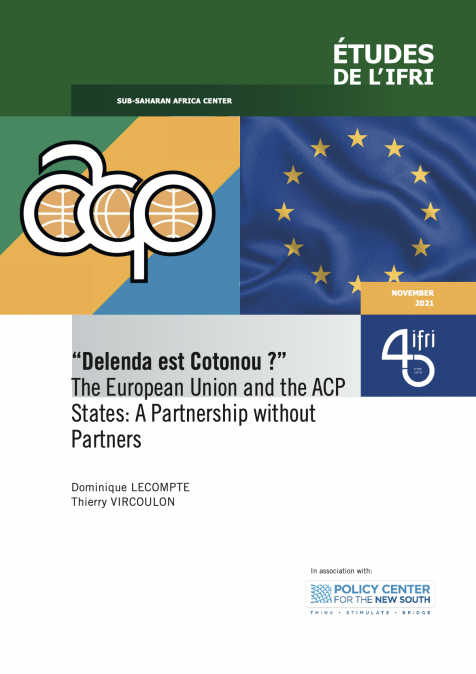 Although it has largely gone unnoticed in France, the agreement signed on December 3, 2020 between the European Union (EU) and the Organisation of African, Caribbean and Pacific States (ACP) is a major shift in the long-standing relations between the EU and countries in the Global South. The EU established a development assistance policy as early as the Treaty of Rome in 1957, signed the first cooperation agreement in 1963, and nowadays is often the largest donor to these countries, particularly in Africa. The EU plans to allocate approximately €80 billion to its Neighbourhood, Development and International Cooperation Instrument from 2021 to 2027.

The management of European aid is becoming less and less partnership-based and increasingly complex, with many governments in the Global South turning away from it and relying on alternative donors. While the prioritization of security and migration policy in European development assistance annoys some partners in the Global South, in Brussels they are criticized for the lack of results from the billions of dollars in assistance provided to them.

As a result, signs of disinterest, or even disagreement, are increasing, sometimes resulting in diplomatic tensions between the EU and the ACP countries.

The agreement of December 3, 2020, which formally ends comanagement of development assistance and no longer makes development the top priority, illustrates this gradual disenchantment between the European donor and the beneficiary countries, and in the coming years it can lead to a partnership without partners.