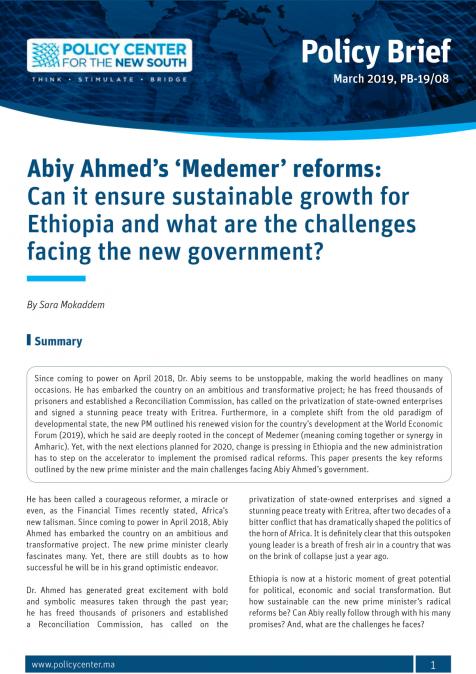 Since coming to power on April 2018, Dr. Abiy seems to be unstoppable, making the world headlines on many occasions. He has embarked the country on an ambitious and transformative project; he has freed thousands of prisoners and established a Reconciliation Commission, has called on the privatization of state-owned enterprises and signed a stunning peace treaty with Eritrea. Furthermore, in a complete shift from the old paradigm of developmental state, the new PM outlined his renewed vision for the country’s development at the World Economic Forum (2019), which he said are deeply rooted in the concept of Medemer (meaning coming together or synergy in Amharic). Yet, with the next elections planned for 2020, change is pressing in Ethiopia and the new administration has to step on the accelerator to implement the promised radical reforms. This paper presents the key reforms outlined by the new prime minister and the main challenges facing Abiy Ahmed’s government.