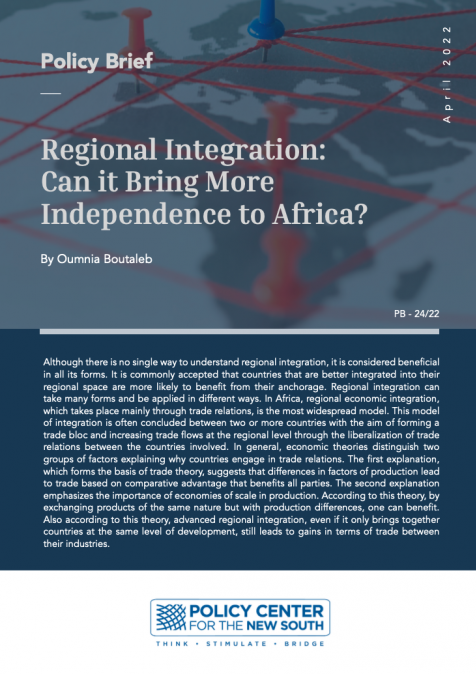 Although there is no single way to understand regional integration, it is considered beneficial in all its forms. It is commonly accepted that countries that are better integrated into their regional space are more likely to benefit from their anchorage. Regional integration can take many forms and be applied in different ways. In Africa, regional economic integration, which takes place mainly through trade relations, is the most widespread model. This model of integration is often concluded between two or more countries with the aim of forming a trade bloc and increasing trade flows at the regional level through the liberalization of trade relations between the countries involved. In general, economic theories distinguish two groups of factors explaining why countries engage in trade relations. The first explanation, which forms the basis of trade theory, suggests that differences in factors of production lead to trade based on comparative advantage that benefits all parties. The second explanation emphasizes the importance of economies of scale in production. According to this theory, by exchanging products of the same nature but with production differences, one can benefit. Also according to this theory, advanced regional integration, even if it only brings together countries at the same level of development, still leads to gains in terms of trade between their industries.