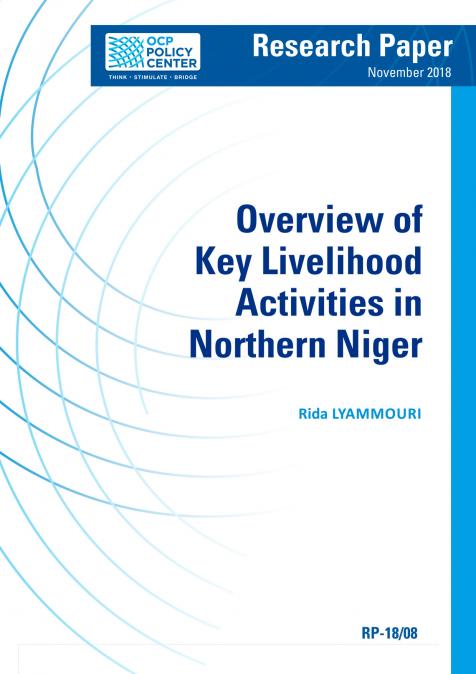 Livelihoods of northern Niger’s population depended for centuries on trade and cross-border movement of licit goods with Libya. Historical trends of domestic and regional shocks demonstrated the ability of local communities to adapt and adjust to transformations caused by these shocks to survive. People moving through and living in the area have different motivations and reasons to cross to Libya and beyond, but economic drivers remain the key factor. The local economy has suffered and continues to struggle in response to recent transformations caused by regional conflicts and migration. However, despite apparent tensions and frustration, northern Niger’s communities have demonstrated resilience towards domestic violent conflict.

The Agadez Region population in Niger depended for centuries on trade, commerce, and cross-border economic activities as their main livelihood. The regional population continues to live in the area and to rely on existing networks of people established thousands of years ago despite climate challenges and harsh living conditions.  The area shares borders with Libya, Algeria, and Chad, and it’s the least populated region of Niger. However, historical trends demonstrated movement of goods and people have been more important and frequent with Libya than other neighboring countries. Economic interactions and ethnic affiliations between communities from both sides of the borders helped establish strong ties that were impossible to break despite national boundaries established in the post-colonial era in the 1960s. Since then, the region has witnessed a number of transformations that affected the area, such as repeated droughts, migration, gold rush, tourism, uranium exploitation, rise of militancy, instability, insecurity, and the collapse of Muammar Qaddafi’s regime in 2011.

This research paper focuses on important livelihood activities in the licit economy of northern Niger and how it evolved. This paper will attempt to highlight the important historical dates that changed the dynamics in northern Niger, and different motivations for different groups of people crossing borders into Libya. While the main focus is on the Agadez Region, the paper touches on the important trends in Libya that had a notable impact on the livelihoods of northern Nigerien communities. It then identifies and defines today’s different livelihood activities benefiting the Agadez population. Licit goods in this report refer to items that are legal, regardless if they entered Niger legally or not. For the purpose of this paper, illicit trafficking of drugs and arms will not be discussed.

This research was conducted through extensive desk research in addition to a result of multiple trips made to the region since 2014. The research was also complemented by several interviews with northern Nigeriens directly affected by the local economy’s transformation and regional trends. Local contributors include members of civil society, a migrant transporter, a tour guide, and gold miners.