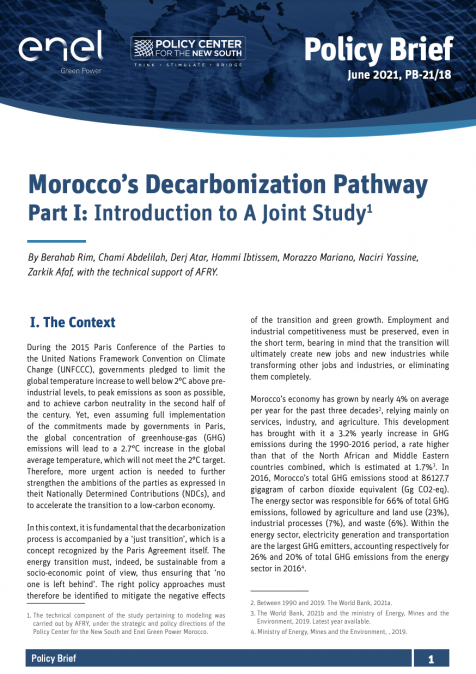 During the 2015 Paris Conference of the Parties to the United Nations Framework Convention on Climate Change (UNFCCC), governments pledged to limit the global temperature increase to well below 2°C above pre- industrial levels, to peak emissions as soon as possible, and to achieve carbon neutrality in the second half of the century. Yet, even assuming full implementation of the commitments made by governments in Paris, the global concentration of greenhouse-gas (GHG) emissions will lead to a 2.7°C increase in the global average temperature, which will not meet the 2°C target. Therefore, more urgent action is needed to further strengthen the ambitions of the parties as expressed in theit Nationally Determined Contributions (NDCs), and to accelerate the transition to a low-carbon economy.