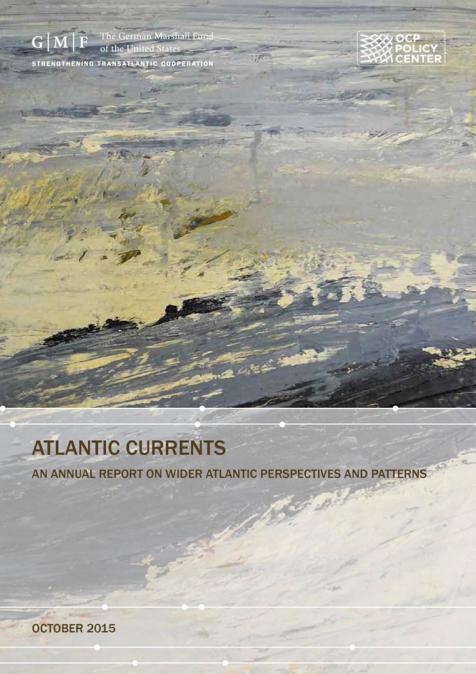 OCP Policy Center and the German Marshall Fund are pleased to present this second edition of Atlantic Currents, an annual report charting wider Atlantic patterns and perspectives. The report is the result of a close collaboration between The German Marshall Fund of the United States (GMF) and OCP Policy Center, and is a companion to the Atlantic Dialogues, our annual forum in Morocco. Both activities are part of a multi-year partnership to promote dialogue and analysis on issues affecting the wider Atlantic — Africa, the Caribbean, Europe, Latin America, and the United States — as well as global stakeholders in Atlantic affairs.

GMF and OCP Policy Center are proud of the role we have played in extending the transatlantic debate to embrace the Atlantic Basin, north and south, and in stimulating new thinking about “Atlanticism” for the 21st century — rethinking mental maps of the Atlantic in economic, political, and security terms. This year, we have devoted special attention to Africa, and African perspectives in Atlantic context, alongside issues and data we plan to track from year to year. We wish to thank all the authors who have contributed to this edition of Atlantic Currents as well as the dedicated staff at GMF and OCP Policy Center who made it possible. Comments on Atlantic Currents are most welcome, and may be addressed to the editors at GMF and OCP Policy Center.