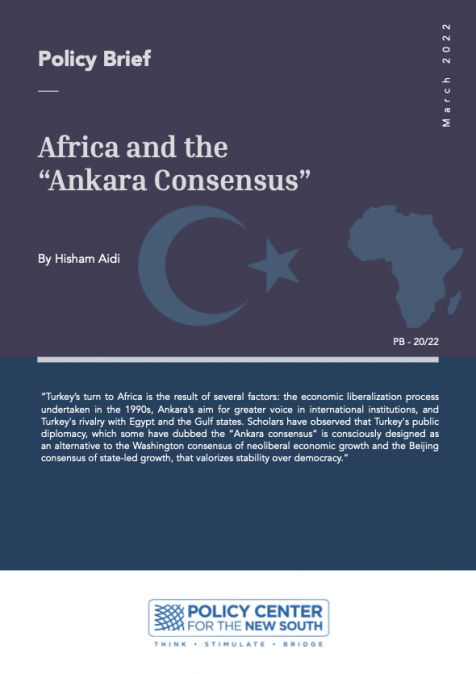 “Turkey’s turn to Africa is the result of several factors: the economic liberalization process undertaken in the 1990s, Ankara’s aim for greater voice in international institutions, and Turkey's rivalry with Egypt and the Gulf states. Scholars have observed that Turkey's public diplomacy, which some have dubbed the “Ankara consensus” is consciously designed as an alternative to the Washington consensus of neoliberal economic growth and the Beijing consensus of state-led growth, that valorizes stability over democracy.”