The escalating US-China trade tensions has resulted in the rise of two separate spheres of influence in both trade and technology and contributed to reshaping the global trade landscape. In order to de-escalate the conflict, the two hegemonies signed the Phase One trade deal in January 2020. Amid the COVID-19 outbreak that undermined trade flows worldwide, China managed however to purchase around 60% of the committed amount for trade in goods in the Phase One deal. The main goal of US in addressing trade imbalances with China was offset with the increasing trade deficits with other industrial countries such as EU, Vietnam, Taiwan and Mexico. The aim of this session is to answer some critical questions related to the US-China trade prospects. Given the different episodes of uncertainty, including the COVID-19 outbreak, what are the urgent areas of collaboration between the US and China? What are the shortcomings of Phase One trade deal and the expectations of Phase Two deal? What might be the optimal alternative approach to purchase commitments in managing the trade imbalances? As the Biden administration is not inclined to immediately review the US policy toward China, what will be the consequences of maintaining tariffs in 2021 on both economies? The deep intertwining of the EU economies, the US and China implies that the trade war is having spillover effects that go beyond the imposed tariffs on China. What are the different implications for the EU in the context of the current crisis? Moderator: Steve Clemons, Editor at Large, The Hill Speakers: - Uri Dadush, Senior Fellow, Policy Center for the New South - Renato Flores, Director, International Intelligence Unit, Fundaçao Getulio Vargas, Brazil - Anabel Gonzalez, Deputy Director-General, World Trade Organization - Adam Posen, President, Peterson Institute for International Economics, USA 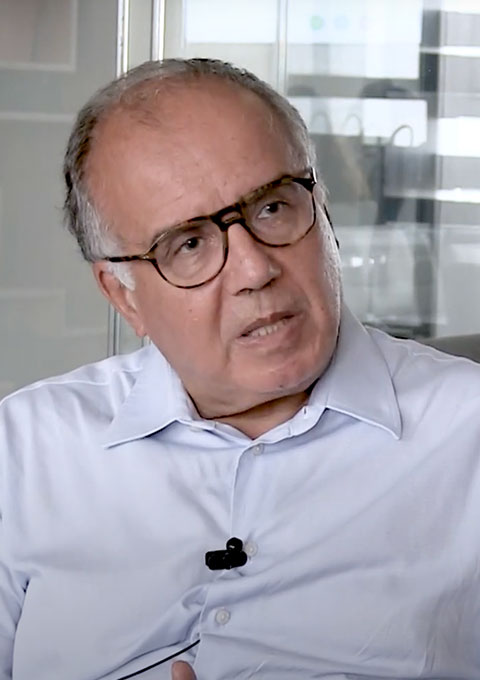 Uri Dadush
Non-Resident Senior Fellow
Uri Dadush is non-resident Senior Fellow at the Policy Center for the New South, where he served as Senior Fellow from its founding in 2014 until 2022. He is Research Professor at the School of Public Policy, University of Maryland and a non-resident scholar at Bruegel. He is based in Washington, DC, and is Principal of Economic Policy International, LLC, providing consulting services to the World Bank and to other international organizations as well as corporations. Previously, he served as Director of the International Economics Program at the Carnegie Endowment for International Peace and, at the World Bank, was Director of the International Trade, Economic Policy, and Development Prospects Departments. In the private sector before that he was President of the Economist Int ...