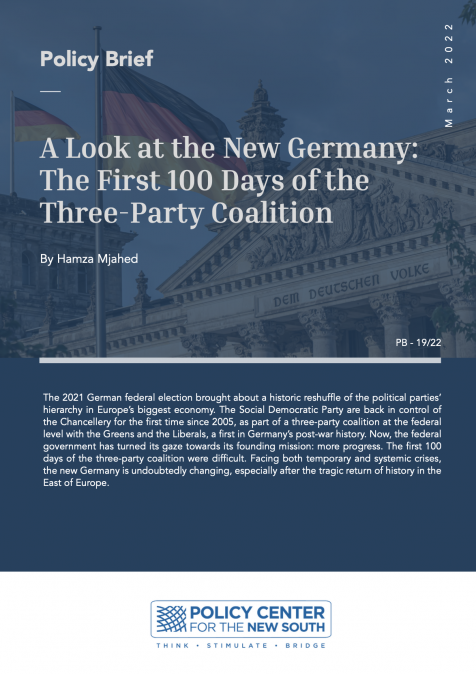 Download PDF
Share
A Look at the New Germany: The First 100 Days of the Three-Party Coalition
Authors
Hamza Mjahed

The 2021 German federal election brought about a historic reshuffle of the political parties’ hierarchy in Europe’s biggest economy. The Social Democratic Party are back in control of the Chancellery for the first time since 2005, as part of a three-party coalition at the federal level with the Greens and the Liberals, a first in Germany’s post-war history. Now, the federal government has turned its gaze towards its founding mission: more progress. The first 100 days of the three-party coalition were difficult. Facing both temporary and systemic crises, the new Germany is undoubtedly changing, especially after the tragic return of history in the East of Europe.