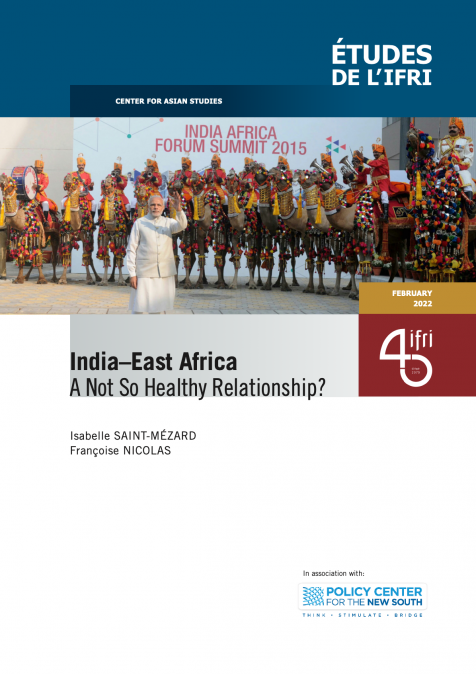 Due to historical as well as geographical reasons, India and East Africa have long been close partners. In the recent period however, and even more so since the early 2000s, these ties have tightened as a result of combined efforts by the government of India and its business community. The presence of communities of Indian origin in several East African countries has also acted as a catalyst.

East Africa is perceived as a valuable partner both by Indian authorities and by Indian private companies. Although the two types of Indian players may not explicitly coordinate their actions, their interests dovetail nicely in this particular region.

The health sector sticks out as one major sector on which Indian actors focus in East Africa. It provides a striking example of the multilayered complementarity between India and East Africa, on the one hand, and between public and private Indian players’ interests on the other.

However, India’s activism in the health sector is not necessarily perceived positively by the East African host countries. Despite some technology transfers and efforts by the Indian actors, be they public or private, to promote capacity-building, East African countries find themselves in a situation of dependence as a result of Indian companies exporting and producing drugs, building hospitals, improving hospital management and IT infrastructure, or digitalizing healthcare.

However, the major point of tension pertains to the promotion of medical tourism. Although offshore healthcare comes with many benefits, it is unlikely to be sustainable for the East African economies in the long run. Moreover, the money spent on medical tourism could arguably be used more usefully to develop local medical facilities and competence. The recent developments in the context of the pandemic have made the associated risk very clear.

The challenge in the coming years will be for the two parties to find a way to better balance their relationship and set it on firmer ground – in other words, to make it healthier.